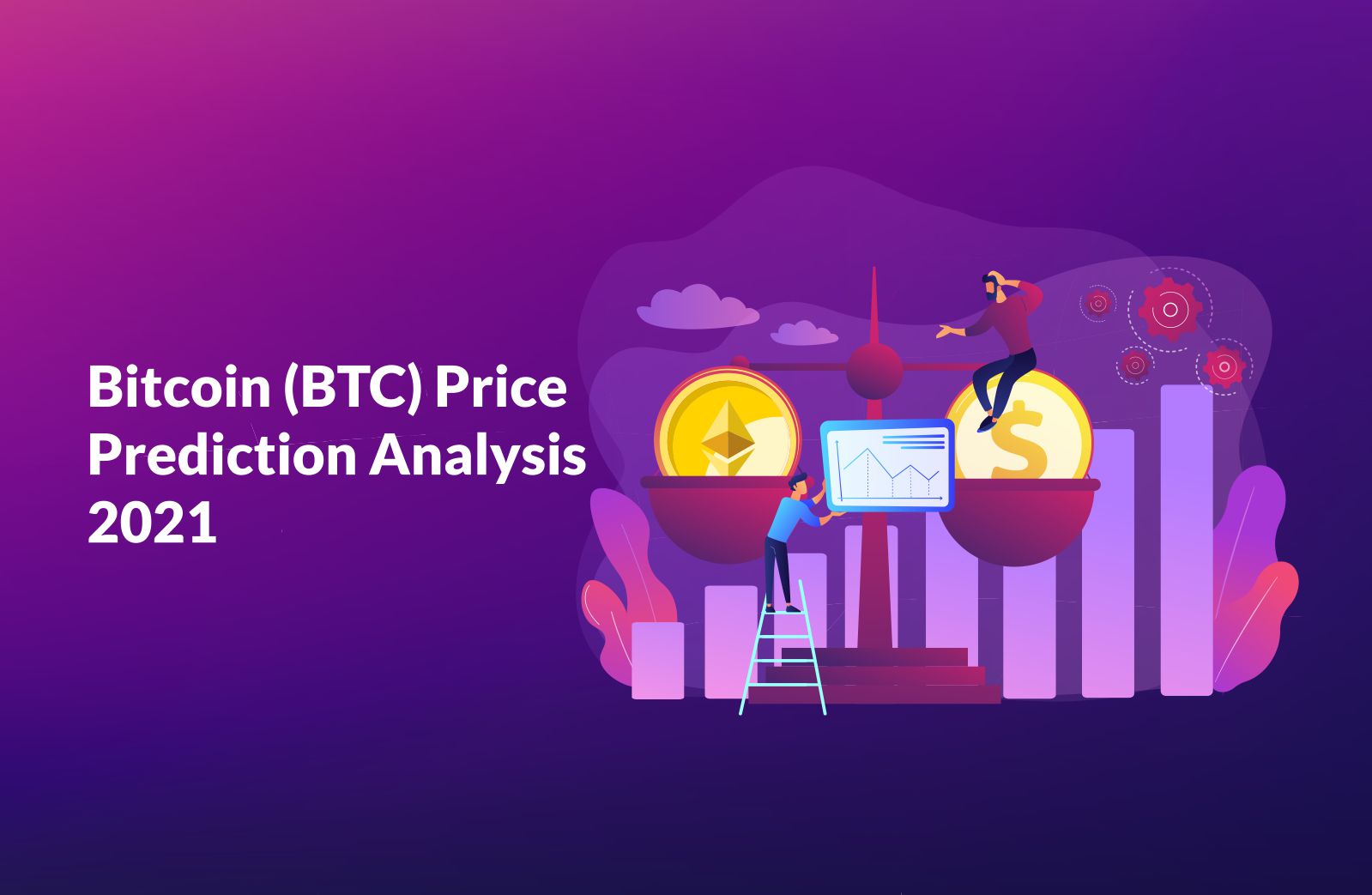 Bitcoin is a digital currency that has been taking the world by storm. It may seem like just a fad, but many experts believe that Bitcoin will continue to grow in popularity and value for years to come. The year 2021 is the year that saw Bitcoin enter the mainstream world of finance with an increasing number of financial institutions, large technology enterprises, and even governments starting to take an interest in digital currency.

While Bitcoin has struggled and fallen by more than half from its peak in April, the price is still up significantly. Bitcoin’s performance for the year is 234%, at the time of publication.

Fig 1. Bitcoin’s rally over the past 1 year

If you wish to invest in this cryptocurrency, this article covers everything you need to know and future price predictions.

Bitcoin is a decentralized cryptocurrency. It is used to buy things and services over the internet without any intermediary. Bitcoin transactions are made directly between two people, with no need for a middle man like a bank or financial institution. Bitcoin can be traded on exchanges just like stocks in order to convert it into different currencies if desired.

The system was designed so that new Bitcoins would be created at an ever-slowing rate as more time passed by until eventually 21 million coins have been issued out in total – meaning there will never be any inflation that devalues the worth of your investment due to increased numbers of available bitcoins being introduced into circulation each day (unlike many national currencies). This ensures stability and predictability for those using this digital currency while also ensuring that the opportunity to obtain them is fair for all.

The above data pertains to BTC as on 22nd July, 2021, obtained from Coinmarketcap.

Bitcoin prices have been trading within a reasonably well-defined range and have continued to do so for several weeks. The cryptocurrency has been trading largely between $30,000 and $40,000 since late May 2021.

It has been following this pattern after rallying to a fresh, all-time high of more than $64,000 back in April, before losing much of what it gained in 2021.

Kiana Danial of Invest Diva says, “We are clearly in a consolidation phase which can also be called the ‘calm before the storm’ which means  we are bound to see a breakout soon. She elaborated on this statement, providing analysis indicating that Bitcoin’s current momentum is a little bearish.

David Keller, Chief marketing strategist at StocksCharts.com offered a similar perspective and said, “The chart of Bitcoin has been in distribution mode since April, with successively lower momentum peaks on each rally over the last three months.”

Analysts have been projecting more stability and predictability within the Bitcoin price. They believe that this will be a result of increased regulation, better security measures, and improved infrastructure for trading.

Fig 2. Segwit upgrade in 2017 and Taproot Upgrade that is set to happen in November 2021

The other side of the Bitcoin price prediction coin is that it could be worth significantly less by 2022. In fact, as little as $17,000 would represent a decline from its all-time high in 2021.

However, not everyone expects this to happen and there are analysts who believe that it will continue to grow beyond what we saw in 2018 over the next few years.

The Bitcoin price prediction for 2025 embarks the traders on a journey with the bull and predicts that the cryptocurrency will reach an all-time high of $500,000, to as much as $275,000. Many experts believe that 2025 might be the year of Bitcoin, and we might witness heavy price lunges.

Should You Invest in Bitcoin Right Now?

Bitcoin is a great investment, but it might be highly risky due to its volatile nature. Therefore, you should never invest more than what you’re willing to lose because when you trade on the market, anything can happen at any time – even if it doesn’t seem like it’s real or even possible. You can’t predict when it will rise or fall, but this is what makes trading so exciting. The best advice would be not to spend all your savings on one single trade as there are still many other investments that might give consistent returns.

How can you invest in Bitcoins on Mudrex?

Mudrex is a new-age algorithmic bot marketplace that has been bringing 100% automated trading to everyone. The platform, which is extremely easy to use and requires no technical knowledge from the user end, allows users to access to some of the best crypto algos in existence through their service. These bots are built by top experts themselves who have made sure they’re not only profitable but also reliable for you as an investor with extensive experience!

It is extremely easy to use, and you can start investing in just a few clicks. Here’s how to invest in Bitcoin with Mudrex: