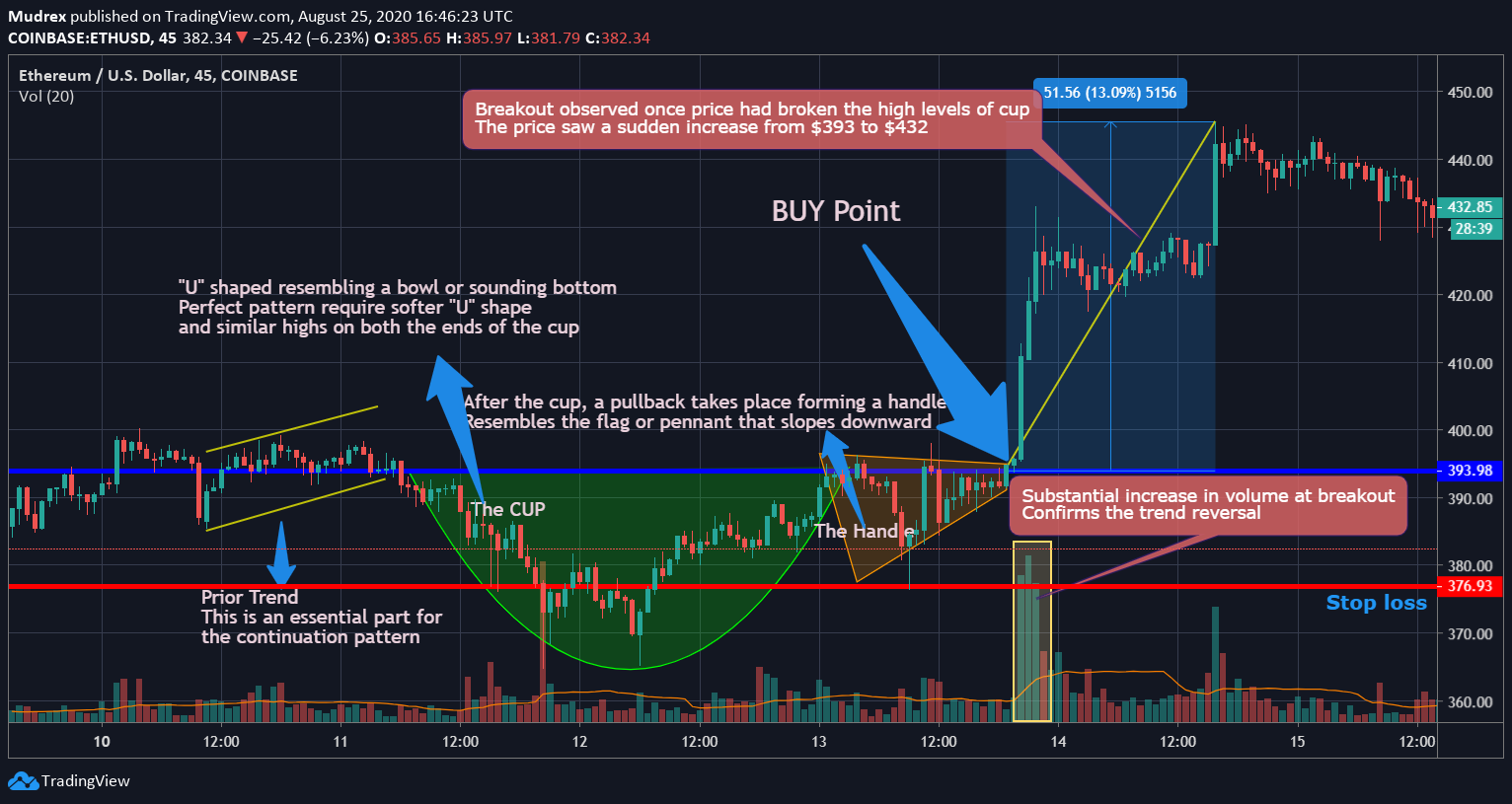 What is the Cup & Handle pattern?

There are two main components in this pattern, as the name suggests a cup and a handle. Other than these two components there are few other basic components that are explained in detail:

The pattern formation is started with the prior trend being bearish, followed by the formation of the “U” shaped cup with the high points of the cup being approximately even followed by a handle resembling a consolidation. The pattern is completed once the price breaks the handle trendline and starts moving in the opposite direction. Volume indicators can be used to get the final confirmation.

Once the handle trendline is broken, it commonly starts to act as the support for further price downtrends and the projected price target after breaking the handle is the same as the distance between the right high of the cup and the bottom point for the cup. This price target can be considered as a rough guide along with other factors in consideration as well.

This is the one reason that this pattern is favoured by traders that it has the ability to help them determine the price target estimates once the pattern is completed along with making it easy for traders to place stop-loss orders.

How to trade using the Cup and Handle Pattern?

The most important part of the pattern is to let the pattern complete itself and plan your trades ahead of time so that you’ll be ready once the handle trendline or the cup highs are broken.

The pattern can be used to trade by going long open when the breakout is observed with either of points and long close once the price is nearing the target, with stop levels often considered as the low of the handles to minimize the risk factor.

There are few advantages as well as limitations to the pattern, explained below: