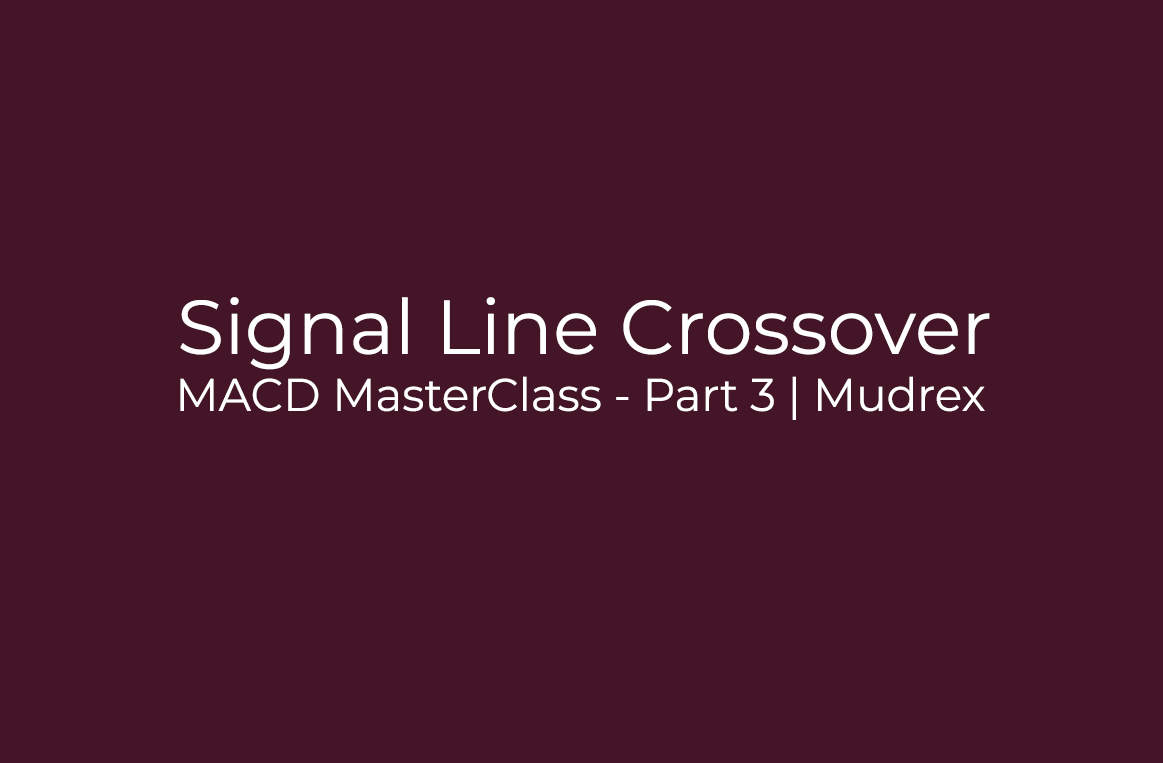 In the last article of our MasterClass on MACD, we talked about how to implement the centreline crossover trading strategy on Mudrex. Check out the last MACD Masterclassif you haven’t already. In this article, we’ll be talking about the signal line crossover trading strategy along with the concept of take profit and trailing take profit. We’ll be discussing the following topics in-depth with trading charts and screenshots of Mudrex’s strategy canvas wherever necessary:

As we talked about before, the MACD Line is the difference between the shorter and longer period EMA. The mere value of the MACD line, positive or negative, can indicate the sentiment of the market. Exponential Moving Averages (EMA) of “price” can be interpreted as defining the trend of the market. Crossovers of MACD with the centreline can therefore tell us about changes in price movements rather than trend reversals.

To use the MACD indicator to detect trend reversal we need to consider the Exponential Moving Average (EMA) of the “MACD Line” instead of the price as described above. The signal line is a 9-day EMA of the MACD line. As a moving average of the indicator, it trails the MACD and makes it easier to spot MACD turns. Changes in MACD line movements can hence be interpreted for trend reversals and thus buy/sell signals can be generated at the crossovers of the MACD line and the Signal line.

However, you can change it as per your trade frequency and risk appetite. Traders can consider using the setting MACD(5,42,5). When used on the daily chart, this sets the fast EMA to a week’s worth of data, the slow EMA to two months’ worth of data. Other popular pairs are (24,52,9) and (34,89,34).

Compare block for MACD crossing up Signal looks like this:

Compare block for MACD crossing down Signal looks like this:

Traders use a TP order only when they want satisfactory gains and are sure that the uncertainty with the market price of the security will increase after a certain jump in price. The stock could start to breakout higher, but the TP order might execute at the very beginning of the breakout, resulting in high opportunity costs. To outmanoeuvre this opportunity cost, trailing take profit can be used. The TTP is set as a trailing percentage on Mudrex, and if the price is breaking out above the take profit limit, the TTP will trail the upward moving price and execute the trade only when the price goes down by the set TTP percentage. All this is happening only after the price breaks above the TP order thus booking in more profits than exiting at TP preemptively.

In our strategy, we will be using a TP of 10%. This would mean that a long trade will exit as soon as the price rises 10% above the buy price. Using a TTP of say 2% would mean that now the trade will only exit once the price breaks above TP and then drops down by 2%. The values set are solely for experimental purposes and you can choose your own values depending upon the market volatility and risk tolerance by backtesting on Mudrex.

The buy signal (B) shown in the chart above was generated when MACD crossed up Signal line indicating a possible uptrend in the future. However, as soon as the price rose more than 10% of the buy price, the TTP started trailing the price. At the red candlestick, when the price fell more than 2% of the peak price, the TTP sell signal was generated (marked as P in the chart above).

With a suitable usage of stop-loss and take-profit combination, you can make the most use of your designed trading strategy by minimizing risk and all this can be automatically done on Mudrex. In the next article of our MACD Masterclass, we will be talking about a slightly complex method of using MACD in multiple time-frames.