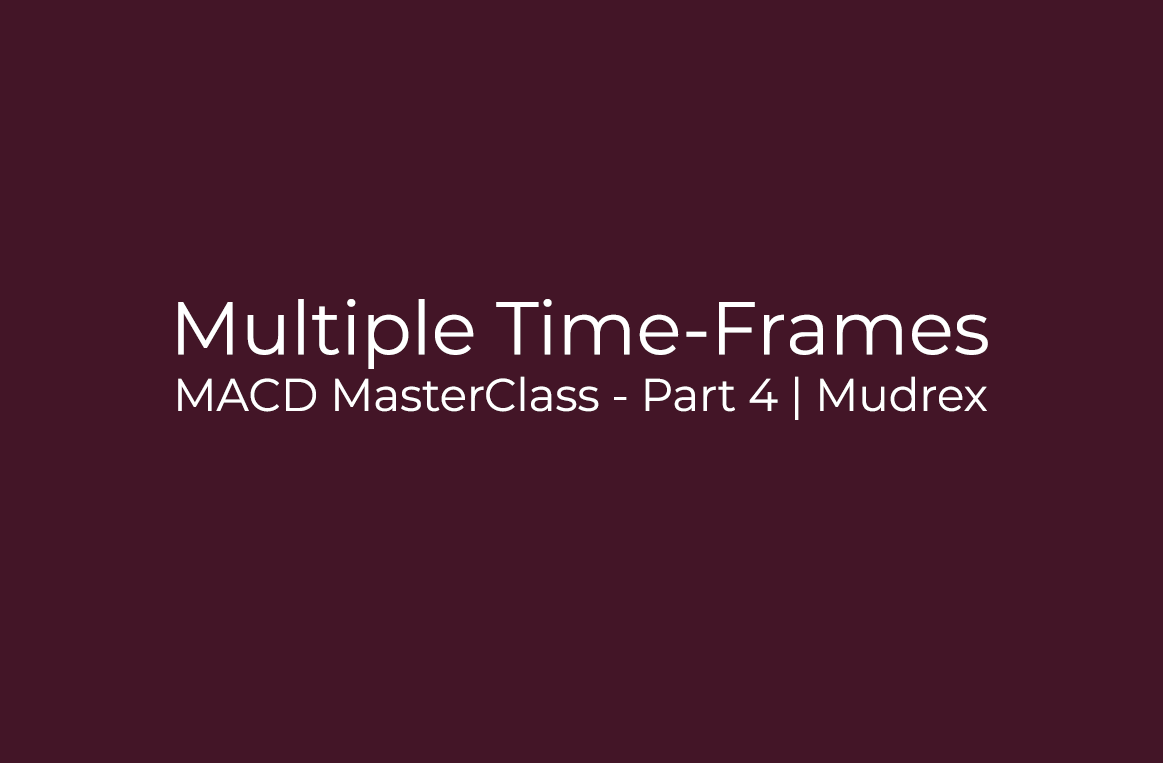 In the last article of our MasterClass on MACD, we talked about how to implement the signal line crossover trading strategy on Mudrex. Check out the last article on MACD Masterclass if you haven’t already. In this article, we’ll be talking about how to use MACD in multiple time-frames on Mudrex. We’ll be discussing the following topics in-depth with descriptions on trading charts and screenshots of Mudrex’s strategy canvas wherever necessary:

The following pairs of time-frames can be used to define your own trend/signal charts:

We’ve talked about False Signal Filtering in Part-2 of our MACD MasterClass. In this case, we’ll be using a higher time-frame MACD Histogram to determine the overall trend of the market. This will help filter the false signals while using the Signal Line Crossovers to generate the buy/sell signals in a smaller time frame.

Hence the following buy/sell signals can be generated:

We’ll be using the MACD indicator in its default settings of (12, 26, 9). We’ll use a higher time frame of 1D whereas a lower time frame of 1H. However, you can use your own pair from the aforementioned table. Also, note that the MACD Histogram is by the name of “Difference” in the indicator blocks on Mudrex.

The indicator block for the first buy condition of  MACD Histogram > 0 [T1] is as follows. Notice the “tick interval” in the advanced parameter dropdown is set as T1:

Compare block for the second buy condition of MACD crosses up Signal Line [T2] is as follows. Notice the “tick interval” in the advanced parameter dropdown is set as T2:

Actual values of T1 and T2 (1H and 1D) are set while performing a backtest.

Joining the two blocks using an AND block to generate a buy signal:

Similarly, a sell signal can be generated from the conditions defined above. The overall strategy looks somewhat like this:

Setting T1 as 1H and T2 as 1D in the backtest settings:

This means that the overall trend will be set using the daily charts whereas the signals will be generated at local tops and bottoms in the hourly chart.

Running a backtest over the past 9 months gives us pretty decent results with a Sharpe Ratio of 1.87 whereas a Win Ratio of a whopping 100 which means all 5 trades ended up in profits.

The fact that there were minimum/none false signals generated shows how beautifully we filtered the false signals using MACD Histogram in multiple time-frames to determine the overall trend first and then generate the buy/sell signals. False signals can also be filtered by stop-losses however by booking in small losses.

Check out the Mudrex blog for more trading strategies.

How Much Crypto Should I Have in My Investment Portfolio?