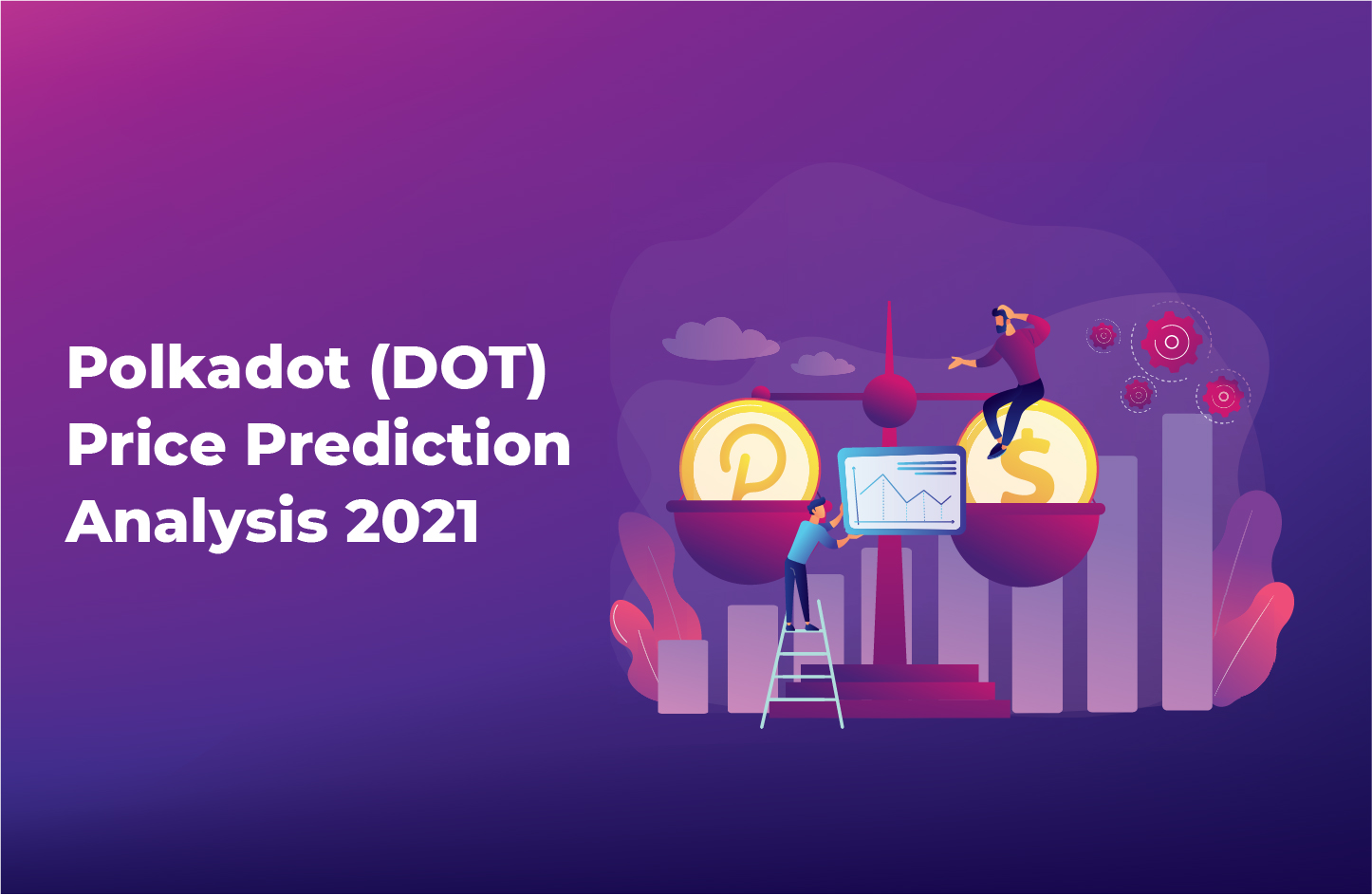 There has been a fantastic surge in various ambitious cryptocurrency projects over the past few years. One of the most notable among these cryptocurrencies is Polkadot (DOT), an up-and-coming blockchain project which has been holding its own since it was created to add value to blockchain technology.  Let us analyze the current details of this renowned project and understand what we can expect from Polkadot as far as price predictions go!

What is Polkadot (DOT)?

Polkadot was founded by the Web3 Foundation, a renowned Swiss organization. It functions as an interface between different blockchains and allows them to trust one another without having to rely on centralized platforms like Ethereum.

In simple terms, Polkadot helps create interoperability (the ability of two or more systems to work with each other) between different blockchain platforms.  This is done through the use of parachains, which are clusters that consist of a group of chains and their respective consensus mechanisms.

Polkadot provides companies looking to build dApps (decentralized applications) an easier way to connect their apps across blockchains as well as utilize them in parallel for improved performance and scalability.

Polkadot’s primary goal is to “create a new internet for the world by making data transfer across different blockchains instantaneous and cost-efficient.  This will allow people to communicate with each other without any restrictions or intermediaries from around the globe while also preserving their privacy.”

The Polkadot token, DOT, is an Ethereum-based ERC-20 token.  DOT’s ICO (Initial Coin Offering) was hosted in December 2017 with the participation of 82 investors from all around the world who contributed more than 155 thousand ETH tokens to back this project for making it successful.

In total, there were 100 billion ether tokens issued during the sale which raised about 60 million dollars in terms of fiat currency equivalents at that time since Ether had not yet reached its peak value up until 2018 when cryptocurrencies started experiencing their bearish trend again internationally due to a considerable decrease in the utility of Bitcoin and other cryptocurrencies.

Since then, Polkadot has been steadily working on its MVP (minimum viable product) which is called “Polkadot Runtime” or just “PoC-Router” for short. This is set to be released soon and will act as a trial version of the platform.

Considering that we’re only just beginning to tap all the potentials that blockchain technologies offer for us, expect Polkadot (DOT) prices to grow exponentially over time once some parts of the MVP are released so they can actually be used by developers! With the recent partnerships and projects being built, Polkadot will be at the center stage for investments and transactions are expected to increase. The near term resistance of 27.4 is around 40% higher than the current price of $20.37 of the DOT token.

With a forecast that the DOT price may come up with its own blockchain platform transitioning itself from Ethereum base, this will not only include being enlisted in major cryptocurrency exchanges but also taking Polkadot to $65.

Polkadot (DOT) price prediction for 2025 is still uncertain.  However, many people are optimistic that the average DOT price will be at $100 or more once it has its own blockchain platform and also comes up with dApps for developers to use in their projects!

Should you invest in Polkadot (DOT) right now?

Polkadot (DOT) is one of the most promising blockchain projects in existence.  With a forecast that it may create its own blockchain platform, we can only expect great things from this project and hope to see an upward trend as time goes by. The best advice would be not to spend all your savings on one single trade as there are still many other investments that might give consistent returns.

How can you invest in Polkadot (DOT) on Mudrex?

Mudrex is a new-age algorithmic bot marketplace that has been bringing 100% automated trading to everyone. The platform, which is extremely easy to use and requires no technical knowledge from the user end, allows users access some of the best crypto algos in existence through their service. These bots are built by top experts themselves who have made sure they’re not only profitable but also reliable for you as an investor with extensive experience!

It is extremely easy to use, and you can start investing in just a few clicks. Here’s how to invest in Polkadot with Mudrex: