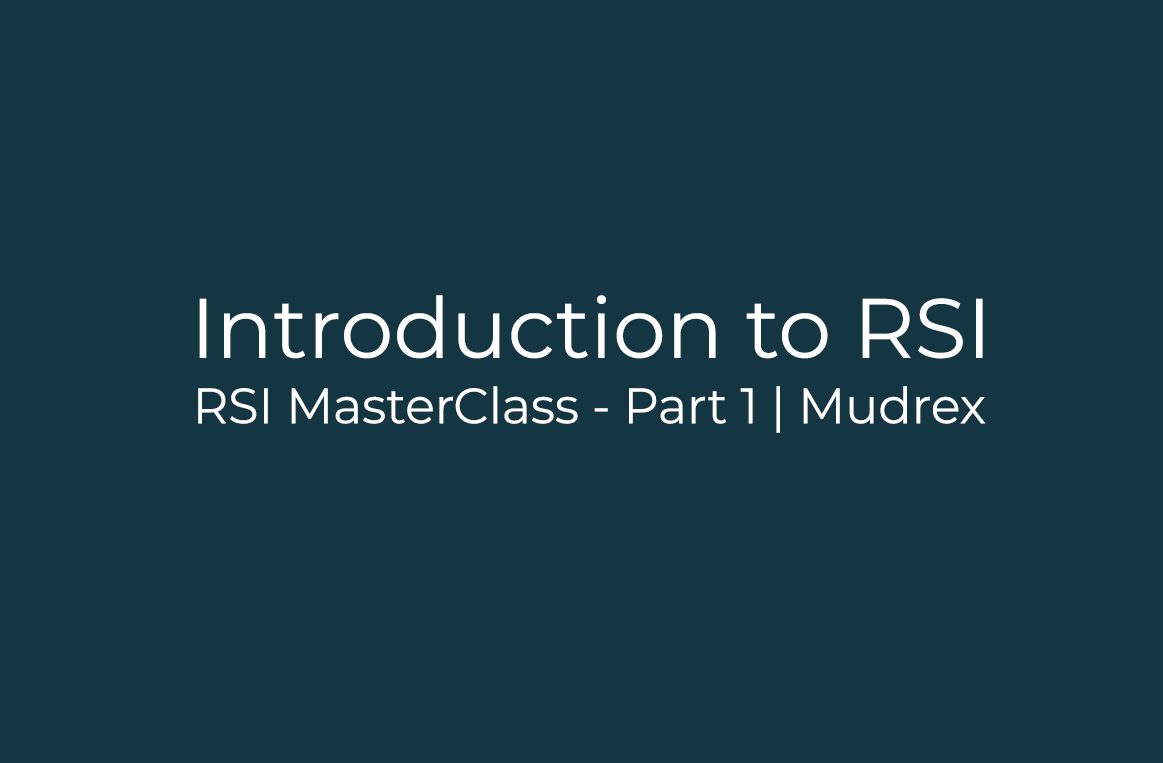 The RSI was created by Welles Wilder and many trading strategies have been designed around this indicator.  It charts the current and historical strength or weakness of a stock or market based on the closing prices of a recent trading period. From trading oversold and overbought levels to trend determination via the 50 level, the RSI momentum indicator makes up the backbone of many different types of strategies. We bring you the RSI Masterclass to help you understand the concept in detail.

The following are topics of all the articles we will cover in our RSI MasterClass:

In this Part – 1 of our RSI MasterClass, we’ll be giving an in-depth introduction to what RSI is and how to use it. We’ll be discussing the following topics in-depth with descriptions on a chart wherever necessary:

The RSI is classified as a momentum oscillator, measuring the velocity and magnitude of directional price movements. Momentum is the rate of the rise or fall in price. The RSI computes momentum as the ratio of higher closes to lower closes: stocks that have had stronger positive changes have a higher RSI than stocks that have had stronger negative changes. The RSI is displayed as an oscillator, a line graph that moves between two extremes, and can have a reading from 0 to 100.

Traditional interpretation and usage of the RSI are that values of 70 or above indicate that a security is becoming overbought or overvalued and may be primed for a trend reversal or corrective pullback in price. An RSI reading of 30 or below indicates an oversold or undervalued condition.

The relative strength index (RSI) is computed with the following formula:

As you can see in the above chart, the RSI indicator can stay in the overbought region for extended periods while the stock is in an uptrend. The indicator may also remain in oversold territory for a long time when the stock is in a downtrend.

Generally speaking, RSI touching the overbought condition is a bearish sign, which means that the prices are likely to fall in the near future and the trader might want to generate a sell signal when that happens. While RSI touching the oversold condition is a bullish sign and can be used to generate a buy signal. The effectiveness of the above however depends on the threshold conditions and look-back period of RSI.

The overbought and oversold conditions are defined by how much risk the chartist is willing to take. The more extreme the conditions are, the lesser the number of trades, the better the chances of a successful prediction. The thresholds are generally set to a safe 70-30 but other popular pairs are 66-33 (risk-tolerant) and 80-20 (risk-averse). RSI will only cross 80-20 when there’s a strong momentum jump and thus can give us better and safer quality trades than 70-30. Whereas in the case of 66-33, RSI might oscillate quite frequently in that range so it’s safer to use this pair along with some trend indicator to prevent losses.

There are multiple ways of using the RSI indicator to detect the momentum or trend of the market. The following are the most popular implementations of the indicator:

The Bloomberg trading terminal polled its users and the most used trading indicator was the RSI, the relative strength index. In the next article of our RSI MasterClass, we’ll be talking about how to use the overbought and oversold conditions to generate buy/sell signals on Mudrex.

Stay tuned, and check out the Mudrex blog while you wait.