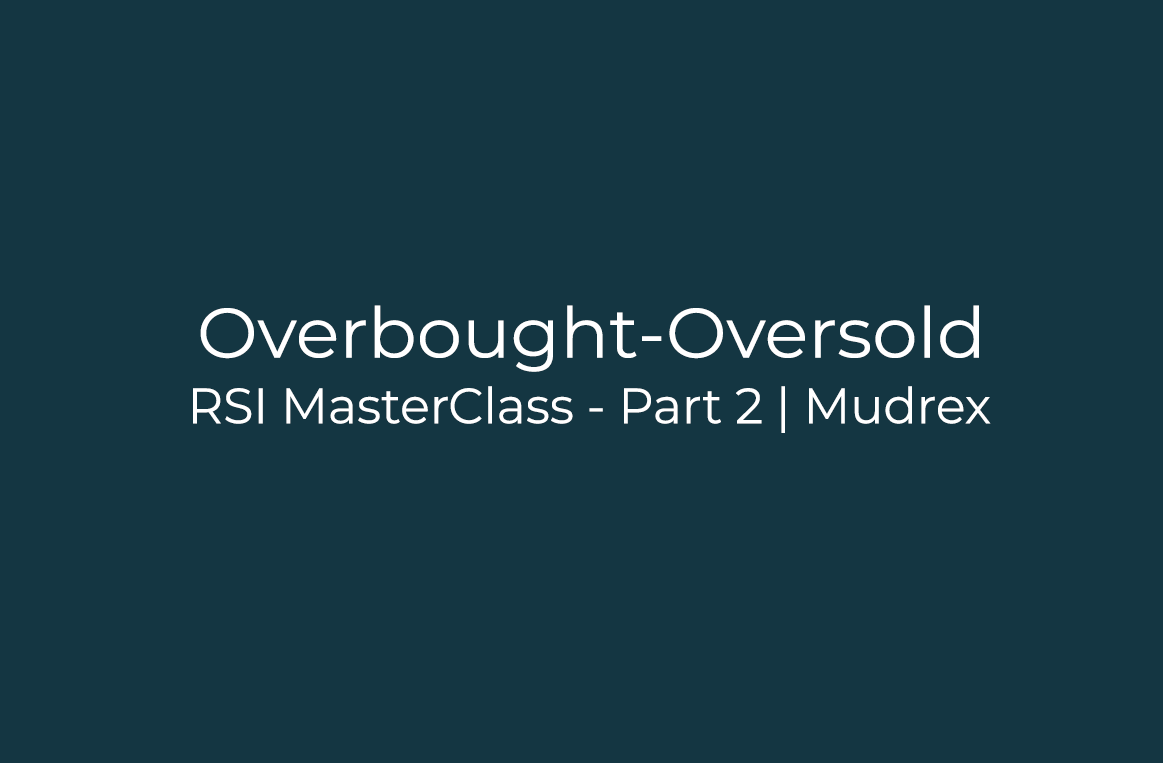 Previously in the first article of our MasterClass on RSI, we talked about what RSI is and how to use it while trading. Checkout the first article if you haven’t already. In this article, we’ll be talking about the most basic strategy of using the RSI indicator to generate buy/sell signals. We’ll also see how to customize the parameters of look-back period and overbought-oversold (OBOS) thresholds while implementing it on Mudrex. We’ll be discussing the following topics in-depth with screenshots of Mudrex’s strategy canvas wherever necessary:

The importance of the RSI can be linked to the fact that extreme market conditions will usually lead to extreme readings on the RSI. The times of extreme pessimism and selling in the market can also be times when there’s not much more selling left as almost everybody willing to sell has already done so. They are also periods when the RSI readings are likely to be extremely low. In this sense, the RSI can be viewed as a gauge of whether a lot of selling has happened in the market. We would call very low RSI levels “oversold” as there might not be more selling left. Traditionally, levels below 30 are considered oversold and taken as a potential indication of a local bottom.

The flip side is that in times of excessive optimism or buoyant buying, the prices tend to go up a lot. The RSI obliges and follows suit in the direction of 100. But it might just be the case that the buying power is drying up – when there’s been a lot buying going on, almost everybody willing to buy might have already done so and there might not be much buying left. And so, extreme buying might be a contrarian indication of a local top. The RSI close to 100, usually above a threshold value of 70 can then be considered as a sign of a potential local top and we call levels over 70 “overbought” as there might not be much buying left.

As discussed in the previous article, although the default thresholds which J. Welles Wilder considered when he first introduced the indicator in his 1978 book, New Concepts in Technical Trading Systems were 70-30, they can be changed as per your own requirements and risk management. A threshold as extreme as 80-20 will lead to a generation of less signals and will be a safer way of generating buy/sell signals because you’re buying/selling only when RSI indicates strong overbought conditions at above 80 and strong oversold condition at below 20 unlike in 70-30. Whereas a threshold of 66-33 will be riskier because RSI values in that range do not indicate strong overbought/oversold conditions.

The default look-back period for RSI is 14 candlesticks i.e. last 13 candlesticks plus the current candle stick is considered while calculating the average gains and average losses in the Relative Strength. A look-back period greater than 14 can be used when you’re more interested in the overall long-term trend of the market and not very interested in the recent market fluctuations. Whereas, a look-back of less than 14 will be more reactive to the current market fluctuations and can be used to generate buy/sell signals when the overall trend is detected using some other indicator/method.

If the market is too volatile and the volumes being traded are high, the RSI values might fluctuate between extreme values quite quickly. To prevent the generation of false signals, the thresholds can be increased from 70-30 to 80-20 or 90-10. You can also try increasing the look-back period from 14 to 20 to smoothen out the RSI signal line during volatile markets.

The following is a table which you can use as a reference to set your own threshold values according your risk appetite and the volatility of the market or look-back period you’re trading in:

We’ll be using 80 as our overbought threshold while 20 as our oversold threshold with the default look-back period of 14. A buy signal will be generated when RSI crosses down 20 indicating a saturation of sellers (oversold) and hence an upcoming uptrend. A sell signal will be generated when RSI crosses up 80 indicating a saturation of buyers (overbought) and hence an upcoming downtrend. Look-back period will be kept at a default value of 14.

Indicator block for buy signal will look like this:

Indicator block for sell signal will look like this:

The strategy alone would’ve returned as much as 56% in just a one-month long trade shown above. This is how powerful and accurate RSI overbought and oversold conditions are. Instead of using the above strategy alone, it can be combined with other indicators like MACD, EMA or CCI to set a predominant trend and generating buy/sell signal using the RSI signal.

In the next MasterClass article, we’ll be covering the use of 50-level RSI Midline to predict the overall trend of the market and then generate buy/sell signal using the above OBOS strategy.