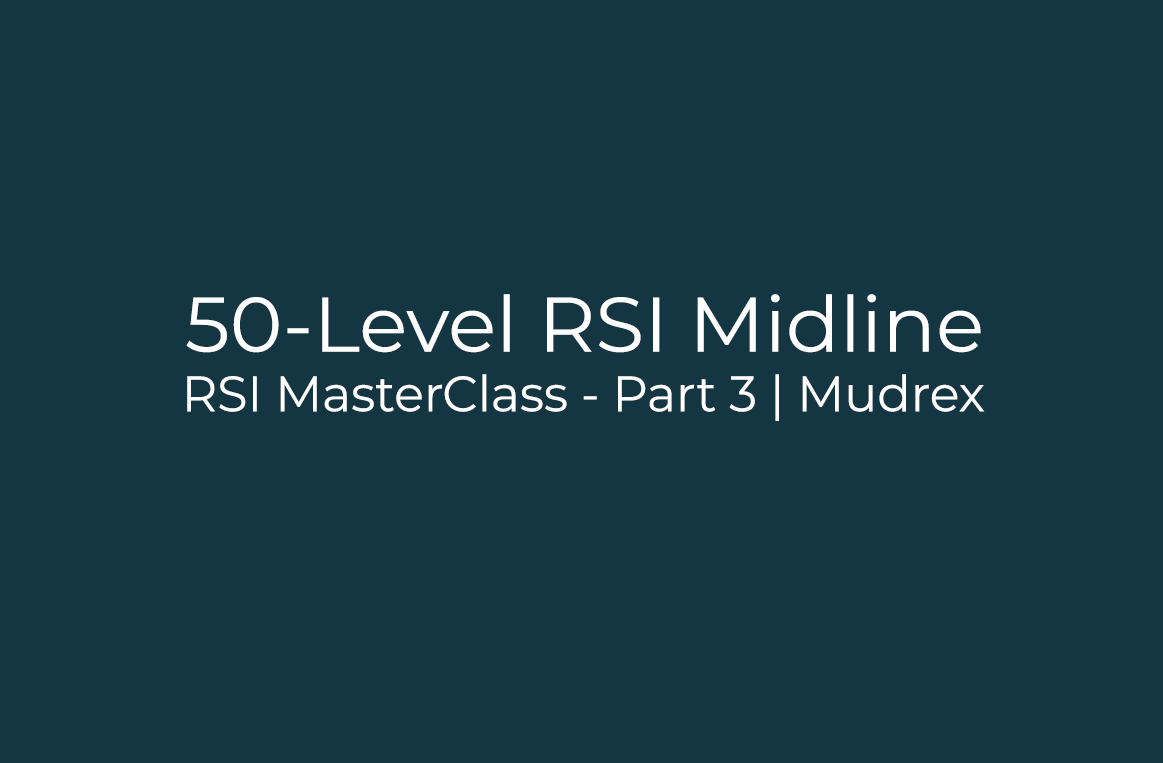 Previously in our MasterClass on RSI, we talked about how to use it using the overbought and oversold conditions. Checkout the last article if you haven’t already. In this article, we’ll be talking about a slightly complex trading strategy making use of the 50 level RSI midline to set the predominant trend while using our previous OBOS strategy to generate the buy and sell signals. The following topics will be discussed in-depth with screenshots of Mudrex’s strategy canvas wherever necessary:

RSI is a momentum indicator. The overbought and oversold conditions help detect sudden changes in momentum of the price without giving much information about the overall trend of the market. Using the OBOS strategy without knowing the overall trend can be a little risky due to generation of false signals. This can happen when the market is in a predominant uptrend, but a sudden price drop in a few candlesticks leads to the generation of a sell signal and we exit the trade in the middle of the uptrend. There are multiple ways of defining the overall trend using other trend indicators but we’ll be focussing on using the midline technique of the RSI indicator for the same.

As is obvious, the 50 level is the midline that separates the upper (Bullish) and lower (Bearish) territories. In an uptrend, the RSI is usually above 50, while in a downtrend, it is below 50. To set the predominant trend, however, the look-back period of RSI should be significantly greater than the look-back period while generating buy/sell signals. This is to ensure that the trend is “predominant” since we are considering a lot of historical gains and losses. Once the predominant trend is set, the buy/sell signals can be generated as per the OBOS strategy without worrying much about the false signal generated. We’ll exit the trade only when the overall trend defined by the midline is bearish.

Now that we have confirmed the overall trend using the midline, we can consider taking a little risk while generating the buy/sell signals. The look-back period for generating buy/sell signal should be sufficiently low, so that in a predominant trend, we can look for local minima/maxima to generate buy/sell signal respectively. A small look-back period also ensure that the RSI signal is reactive to current price fluctuations. By using the overbought/oversold thresholds of 66-33, we’re being risk tolerant and increasing our number of trades because we have already confirmed a predominant trend using the midline.

Indicator block for 5-RSI crossing down 33 will look like this:

The strategy alone would’ve returned as much as 55% in just a two-month long trade. This is how effective using RSI in multiple look-back periods to define a trend using midline and then generating buy/sell signal using OBOS strategy can be. Instead of using the midline for defining the trend, we can use other trend indicators like MACD and EMA in a similar fashion.

By now you might be wondering as to why the two conditions of the buy signal are contradictory/opposite. One of condition wants the 20-RSI to be greater than 50 while the other wants to 5-RSI to be less than 30. The reason for this is to increase profits by a few pips. Longer RSI > 50 means that the market has a lot of positive momentum and the closing prices are averaging in an uptrend. When the longer RSI indicates a predominant uptrend while the shorter RSI indicates an oversold condition, it means that when the overall price is going up, there might be a sudden dip in the overall trend and we need to make use of this dip to generate a buy signal. Moreover, oversold condition is anyway a bullish signal and favours our wish going long on our trade.

A lot of more interesting things can be done using RSI. In the next MasterClass article, we’ll be talking about using fast RSI with a look-back period as small as 2 on Mudrex.