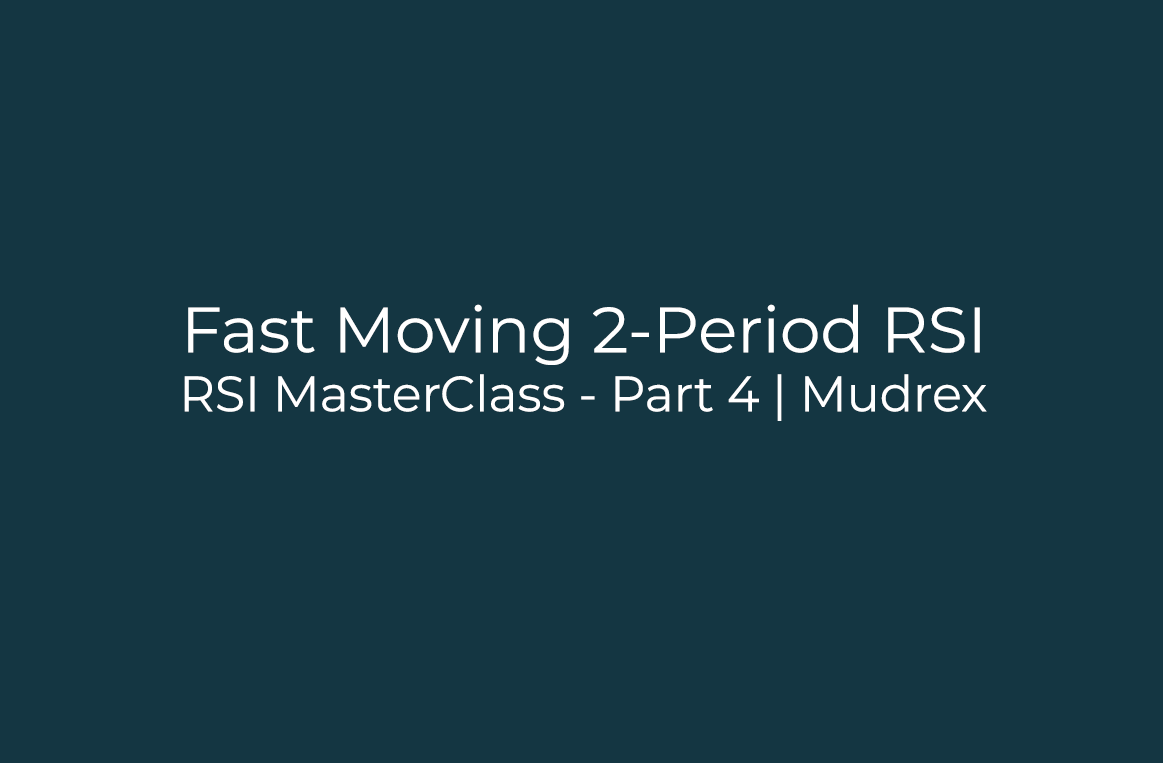 As mentioned before, coupling an oscillator with a trend indicator is the simplest and most effective approach when making a basic trading strategy. In the previous article, we used 20-RSI Midline as a trend setter while 5-RSI as the oscillator for generating trade signals. In this article, we’ll be using a different trend indicator, the 200-SMA to set the predominant trend while 95-5 thresholds of the 2-RSI as an oscillator for generating trade signals. The following topics will be discussed in-depth with screenshots of Mudrex’s strategy canvas wherever necessary:

“Even though we do not suggest using only one indicator, if one had to, the 2-period RSI would be the indicator.”

2-Period RSI is the shortest and the most volatile RSI signal which can be used in a trading strategy. A 1-Period RSI would merely give two values, either 0 or 100 depending on the color of the candlestick (red and green respectively). A 2-period RSI will however give us values from the last 2 candlesticks. Once a predominant trend is set by the 200-SMA, the 2-period RSI will help generate trade signals at the local highs and lows of the predominant trend and would confirm that these highs and lows are local and will lead to a reversal in the market prices (local lows will reverse into a global uptrend while local highs will reverse into a global downtrend). This is why the 2-Period RSI strategy is a Mean-Reversion Trading Strategy.

Traders should look for buying opportunities when 2-period RSI moves below 5, which is considered deeply oversold. Conversely, traders can look for short-selling opportunities when 2-period RSI moves above 95. This is a rather aggressive short-term strategy designed to participate in an ongoing trend. A threshold as extreme as 5-95 will ensure that the local dip/top is strongly oversold/overbought and will lead to a reversal to a predominant trend set by the 200-SMA. If you have a higher risk appetite, thresholds of 10-90 can also be used to generate more trade signals.

Compare block for Price > 200-SMA will look like this:

Indicator block for 2-RSI crossing down 5 will look like this:

Similarly, a sell signal can be generated when Price < 200-SMA AND 2-RSI crosses up 95.

Notice how fast the 2-RSI is moving. It is therefore important to keep the thresholds as extreme as possible to prevent the generation of a lot of false signals. On the other hand, look how smooth the 200-SMA line is. High look-back periods make the indicators smooth and slow. Small look-back periods make them volatile and fast. Look how the buy signal is generated at a local dip while the sell signal at a local peak. However, if you want the sell signal to be generated a little earlier before the price falls too much, the look back period of 200-SMA can be reduced which will make the price become lesser than the SMA as soon as the downtrend starts and satisfy the sell condition a little earlier.

A lot of more interesting things can be done using RSI. In the next MasterClass article, we’ll be talking about using RSI in multiple time-frames with MACD on Mudrex post which we’ll move on to the MasterClass on MACD altogether.