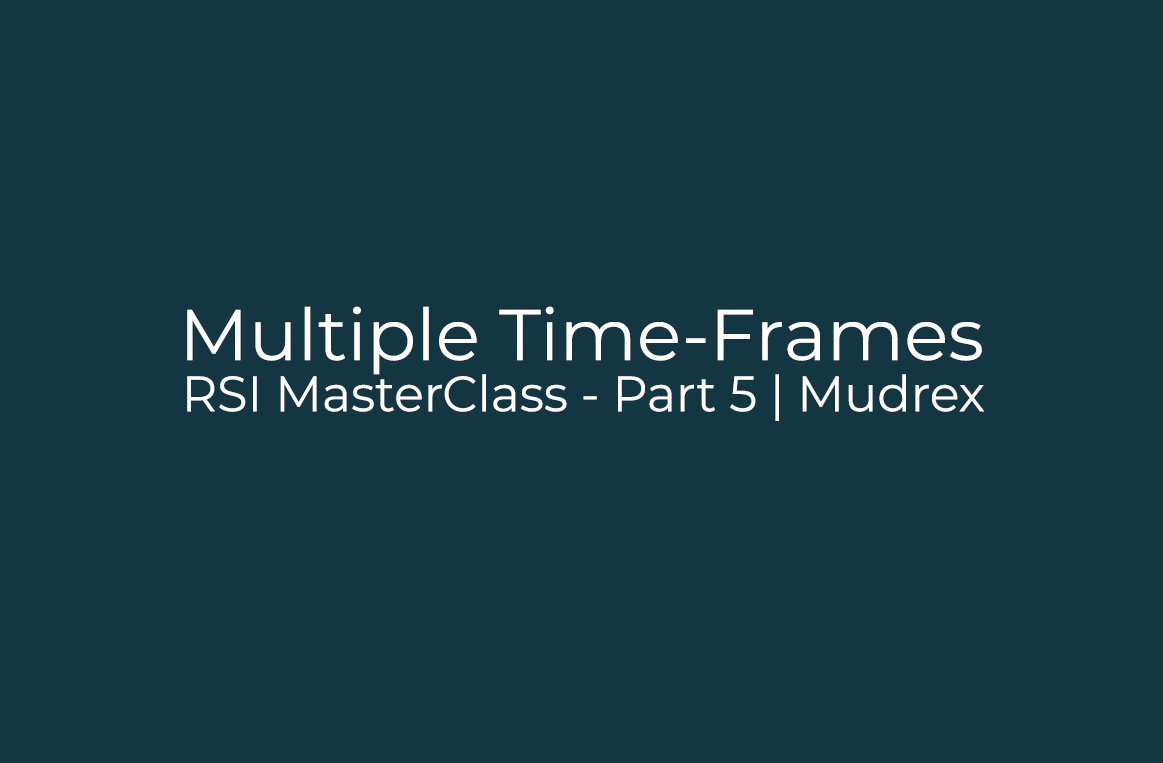 Just like we used RSI momentum indicator as a trend indicator in our previous articles, we can use other momentum indicators like MACD in a similar fashion too. In the last article, we used a 2-Period RSI to generate buy/sell signals after the trend was set by 200-SMA. In this article, we’ll be using a MACD as a trend indicator in a larger time-frame whereas RSI as an oscillator in a smaller time-frame. The following topics will be discussed in-depth with screenshots of Mudrex’s strategy canvas wherever necessary:

The RSI and MACD are both trend-following momentum indicators which originally indicate the momentum of the market but can also indicate trend when used in larger look-back periods and time-frames.

The MACD is calculated by subtracting the 26-period Exponential Moving Average (EMA) from the 12-period EMA. The result of that calculation is the MACD line. A nine-day EMA of the MACD is called the “signal line”. Positive value of the signal line indicates that the 12-period EMA is greater than the 26-period EMA which is a bullish signal. Negative value of the signal line on the other hand is a bearish signal. Therefore, the overall trend can be set using the zero threshold of the MACD Signal Line.

Note: Do not confuse yourself between look-back periods and time-frames. Look-back periods are the periods of historical data that should be used in the calculation of the indicators. Time-frames are the frames of time in which the indicator is plotted on a candlestick chart. While both of them are used to change the extent of market history viewed to make decisions, they’re a different concept and have a different implementation altogether.

The following pairs of time-frames can be used to define your own trend/signal charts:

T1 time-frame is set using the “Tick interval” feature in the indicator block for MACD Signal > 0 as shown below:

T2 time-frame is set similarly in the indicator block for RSI crosses up 30 as shown below:

Similarly, a sell signal can be generated when MACD Signal in T1 < 0 AND RSI in T2 crossed down 70.

We need to set the values of time-frames T1 and T2 while performing a backtest as shown below:

Similarly the RSI signal can be analysed on a 1H chart resolution.

The above shown generated profits as high as 62% in a single trade. This is how effective using RSI with other indicators in multiple time-frames can be. Instead of using the MACD for defining the trend, we can use other trend indicators like CCI and Stochastic in a similar fashion.

Checkout the rest of the articles if you haven’t already:

In this article, we briefly explained what MACD is and how to use it with RSI. However, MACD has innumerable use cases of it’s own and is one of the most versatile and widely used indicators. The next MasterClass will be an exhaustive set of articles on the implementation of Moving Average Convergence Divergence (MACD) only on Mudrex!