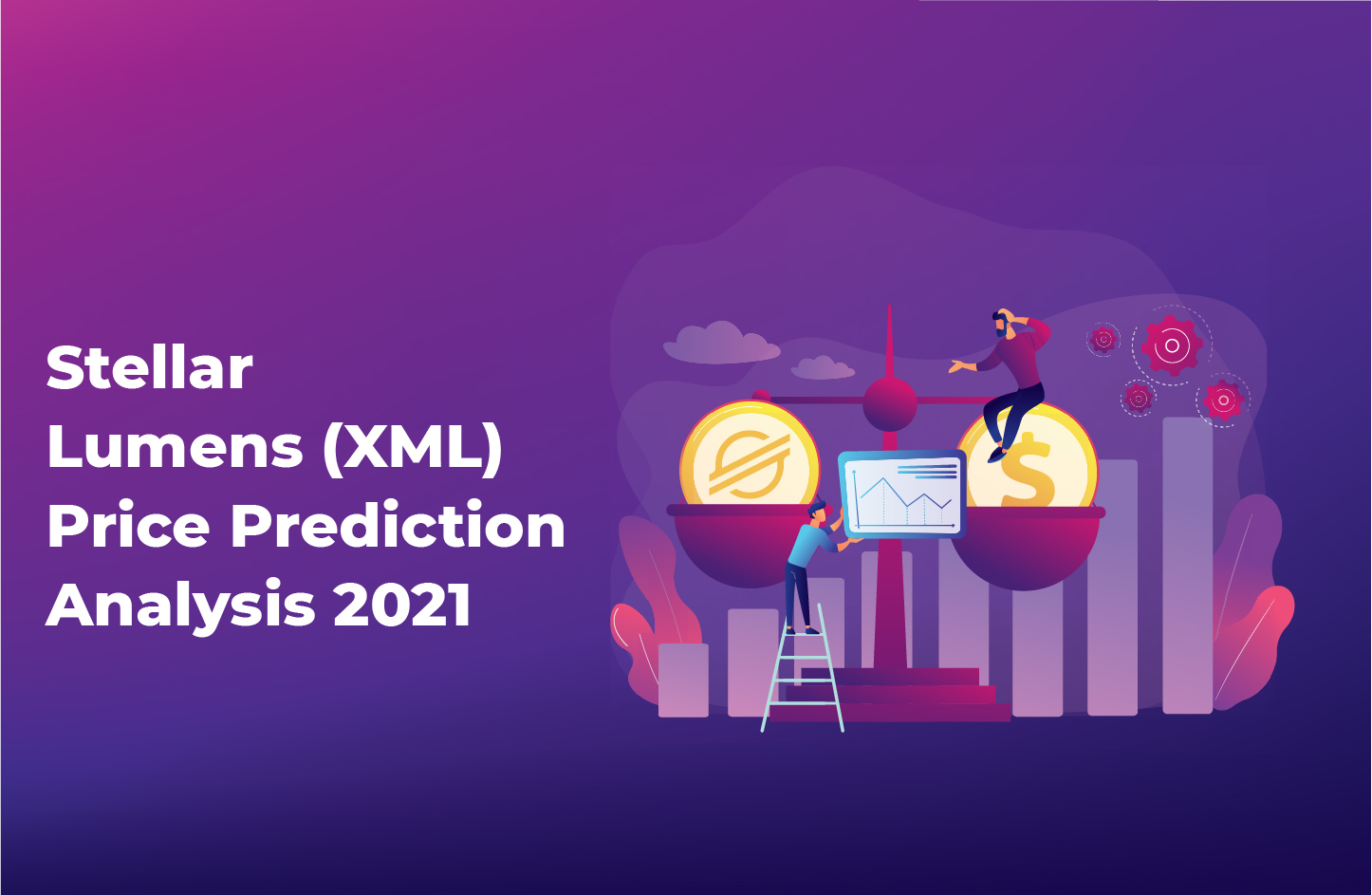 An ever-increasing number of companies and performers in the Blockchain technology & cryptocurrency ecosystem worldwide are looking for a way to be the next big thing. There is an expansive variety of crypto networks, products, and services that have been launched into the marketplace recently. The Stellar Lumens network is one such product that has seen its fair share of success and failure. In this article, we’ll explore Stellar Lumens (XML) Price Prediction & Technical Analysis so you can make your best decision about investing in it.

What is Stellar Lumens (XLM)?

Stellar Lumens (XLM) is a cryptocurrency that was launched in 2014 by Jed McCaleb and Joyce Kim. The company’s goal is to provide an open platform for worldwide financial transactions between people, institutions, banks, and payment systems using blockchain technology and its own currency called lumens (XLM). Stellar Lumens has been around since 2014 with little to no change in the network or its market.

The Stellar Lumens network is a platform that connects banks, payments systems, and people for worldwide transactions. It offers benefits like low cost to send money internationally, all the while bypassing any form of banking institution or government control.

The cryptocurrency is used by many small-scale companies as well as technology giants such as IBM. Many investors believe this will be one of the top cryptocurrencies over time due to it being backed up by established institutions and businesses. The other factor contributing to their confidence are partnerships made between them and some major corporations who see potential in what they have built so far – including Deloitte Consulting LLP, Stripe Inc, and Facebook.

Since its inception, Stellar Lumens (XML) has seen a steady upward trend with minor fluctuation. Similar to most cryptocurrencies in this space, there is the ever-present fear of over speculation and bubble burst that may lead to an economic disaster. However, right now it doesn’t seem likely as long as these types of networks continue to grow and gain traction among investors worldwide.

Stellar Lumens’ price reached $0.80 at one point but saw another sharp decline after Bitcoin’s massive correction from close to 20k USD per bitcoin down to just below 11000 USD by early November 2017. This brings us back to the fear of over speculation. However, this cryptocurrency has a long way to fall before we see its prices drop below 20 cents per lumen (XML) and there are no signs that it will happen anytime soon if at all.

Stellar is predicted to touch $0.75 by the end of 2021 and it might reach up to approximately $0.80 if everything goes well on their roadmap, but they could also dip down as low as around $0.60 depending on how events unfold in 2021–even though this would seem unlikely at the moment with all of Stellar’s development partnerships so far!

Stellar is predicted to reach $0.90 by the end of 2022 with a high that might touch $0.95 and a low on the downside at around $0.85 in this period, so we are looking forward to some stellar outcomes for Stellar!

XLM might hit a high of $2.00 by 2025, and on the downside, it could fall to as low as $0.90. Traders can expect a possible range between 90 cents up to about 1 dollar if you’re looking at an average value over this time period. There are some upcoming events set forth by the developers such that they will likely increase demand while also reducing supply driving prices higher across all markets including cryptocurrency exchanges like Gemini or Binance.

Should you invest in Stellar Lumens (XML)?

Stellar has been able to maintain itself while most other networks see their values plummeting due to uncertainty about the future success of blockchain technology worldwide. It may be worth it to invest in Stellar Lumens (XML) given how it’s been performing up until this point.

That being stated, Stellar did not witness any significant price changes over half a decade of its existence. It could be baffling for several investors as several cryptos including the blue chips in the market shot up more than 1000%. Therefore, it’s prudent to diversify the bets in this speculative market. A mix of long-term investing and automated trading has multiplied the wealth of investors over time.

How can you invest in Stellar (XML) on Mudrex?

Mudrex is a new-age algorithmic bot marketplace that has been bringing 100% automated trading to everyone. The platform, which is extremely easy to use and requires no technical knowledge from the user end, allows users to access some of the best crypto algos in existence through their service. These bots are built by top experts themselves who have made sure they’re not only profitable but also reliable for you as an investor with extensive experience!

It is extremely easy to use, and you can start investing in just a few clicks. Here’s how to invest in Stellar with Mudrex: