Home » Tokenization: The key to a brave new world

Tokenization: The key to a brave new world

Every Blockchain platform is powered by tokens, sometimes also referred to as “coins.” Bitcoin is a token, so are Litecoin, Dash, and other currencies that function over a Blockchain. While tokens can represent money, as in the case of the above, they can also represent other things.

Usage of a blockchain product, doesn’t matter if the product is a

drives demand for that particular token which in-turn usually the determines its value and eventual market price of its token. This is why there is a variation in the prices of different altcoins in the Blockchain environment. For example, Bitcoin is more readily accepted by merchants than Litecoin, and is consequently more valuable.

How demand drove the price of Ethereum

Ethereum, despite coming after many older altcoins, remains the second most valuable cryptocurrency in existence behind only Bitcoin

Ethereum’s value is largely ramped up by the demand for its platform by distributed application (dApp) developers. Circa 2017, many of these developers issue tokens to grant access to their services, essentially building their own Blockchains atop Ethereum’s platform which drove up the price of Ethereum. In many cases, developers pre-sale their tokens as part of an initial coin offering (ICO), and they usually accept Ethereum token “ether” as payment.

In essence, the organic value of a given token or cryptocurrency is determined not just by the functionality, but the demand for its Blockchain product.

When Satoshi Nakamoto published the Bitcoin whitepaper it wasn’t that the underlying tech to build the blockchain did not exist. The genius of Bitcoin was that it combined cryptography, networking theory, computer science and economic incentives to build the bitcoin blockchain.

For Bitcoin to be accepted globally it needed to have a big enough user base of acceptance. Because the supply of Bitcoin is limited, as demand goes up, so does the value. This gave early adopters of bitcoin both the incentive to invest in bitcoin and also the incentive to use bitcoin. The tokenization of Bitcoin using blockchain is what helped bitcoin solve for the classic ‘chicken and egg’ problem which every network faces at the start. Because of this, early got value from the network and the benefited from these initial users.

This now creates a new business model for entrepreneurs to build companies. Raising money from third parties like venture funds, angel investors, etc is no longer required. Business can now raise money directly from there initial set of user and the users have their incentives aligned to use and grow the platform.

Some Blockchains and their tokens

Steemit is a social network that rewards users who participate in various ways. The Steemit token is called STEEM. It is used to reward content creators and curators of the best content on the site.

The token for Zcash is called ZEC. ZCash is a cryptocurrency that grew out of the Zerocoin project which aims to improve anonymity for Bitcoin users. Zcash payments are published on a public Blockchain, but users are able to use an optional privacy features to conceal the sender, recipient, and amount being transacted.

LAToken is an asset tokenization platform that allows users to convert tangible assets such as real estate or precious art works into tokens, thereby making them sellable in fractions. The token that powers the LAToken platform is the LAT. 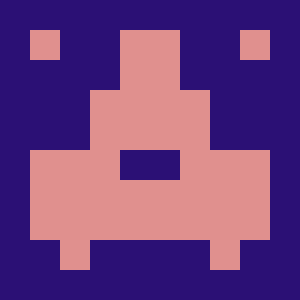 I am the founder of Mudrex, and this is where I share any updates or news that I may have for you. Being a fond writer; you may also find me writing about crypto investing.

Is Cryptocurrency a Good Investment: Should I Invest in Crypto?

What Is Airdrop in Crypto and How to Get Crypto Airdrop?