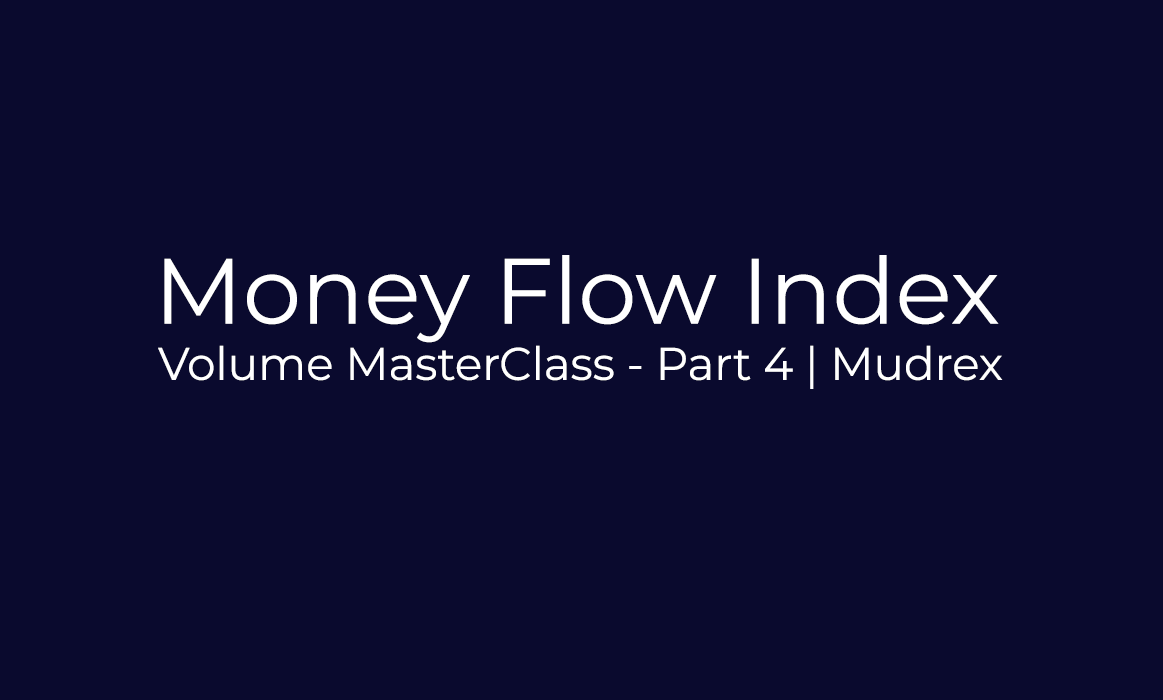 A lot of times in technical analysis, you will see a close resemblance of the volume indicators to some very common price indicators like SMA, RSI and MACD. VWAP was once one such example which was very similar to a simple moving average, like we saw in the last article. Check out the last article if you haven’t already. In this article, we’re going to talk about another common volume indicator, the Money Flow Index or MFI which closely resembles the price indicator Relative Strength Index or RSI. We will be covering the following topics in detail with a step-by-step guide on how to make your own auto-trading bot on Mudrex:

The Money Flow Index (MFI) is an oscillator that uses both price and volume to measure buying and selling pressure. The indicator is synonymous with “volume-weighted RSI” as it integrates volume and mirrors the relative strength index (RSI) with respect to its mathematical formulation and categorical classification as a momentum oscillator MFI.

As a volume-weighted version of RSI, the Money Flow Index (MFI) can be interpreted similarly to RSI. The big difference is, of course, volume. Because volume is added to the mix, the Money Flow Index will act a little differently than RSI. Theories suggest that volume leads prices. RSI is a momentum oscillator that already leads prices. Incorporating volume can increase this lead time.

Just like RSI, MFI can be calculated in six simple steps as follows:

A ratio of positive and negative money flow is then plugged into an RSI formula to create an oscillator that moves between zero and one hundred. Analogous to Relative Strength in RSI, this is called the Money Flow Ratio in case of MFI. As a momentum oscillator tied to volume, MFI is best suited to identify reversals and price extremes with a variety of signals.

These extremes can be expanded to further qualify signals. A move above 90 is truly overbought and a move below 10 is truly oversold. Moves above 90 and below 10 are rare occurrences that suggest a price move is unsustainable. Admittedly, many stocks will trade for a long time without reaching the 90/10 extremes. Similarly, the thresholds can be reduced to a mere 70-30 or even lesser depending on your risk appetite and market volatility. You can use the following table to set the thresholds as per your needs:

MFI, just like RSI, can be used in innumerable ways ranging from crossovers to divergences. All such methods have been very well explained in our MasterClass on RSI. Checkout those blogs to know more about the use cases of MFI.

In this article, we’ll be talking about the most popular and useful way of implementing the MFI indicator using the overbought/oversold thresholds described above. Levels below 20 are considered oversold because, as the name suggests, when a stock is oversold, it’s market has a negative sentiment and those who wanted to sell the stock have already done so. There might not be much selling left and thus a reversal from downtrend to uptrend can be anticipated. Similarly when a stock is overbought (MFI > 80), everyone who was willing to buy might have already done so and thus a reversal of trend from up to down can be anticipated.

For the sake of standardisation, we will be using the default look-back period of 14 (like in RSI).

Indicator block for buy condition MFI crosses up 20 looks like this:

Indicator block for sell condition MFI crosses down 80 looks like this:

And we’re done! This is how easy it is to create your own auto-trading bot on Mudrex without minutes. You can also check your strategy performance on historical market data by running a quick backtest for free.

MFI can be used in other innumerable ways in combination with other price indicators as well. If you are a true volume player, almost all RSI strategies can be implemented with MFI too.

The MFI and RSI are very closely related. The main difference is that MFI incorporates volume, while the RSI does not. Proponents of volume analysis believe it is a leading indicator. Therefore, they also believe that MFI will provide signals, and warn of possible reversals, in a more timely fashion than the RSI. One indicator is not better than the other, they are simply incorporating different elements and will, therefore, provide signals at different times. Theories suggest that volume leads price. RSI is a momentum oscillator that already leads prices. Incorporating volume can thus increase this lead time.

It must be clear by now, how volume indicators add benefits to the already existing price indicators. Next up, we’re going to talk about another interesting volume indicator similar to the MACD, called the Chaikin Accumulation/Distribution oscillator.