What Is a Freak Trade and How to Avoid It? 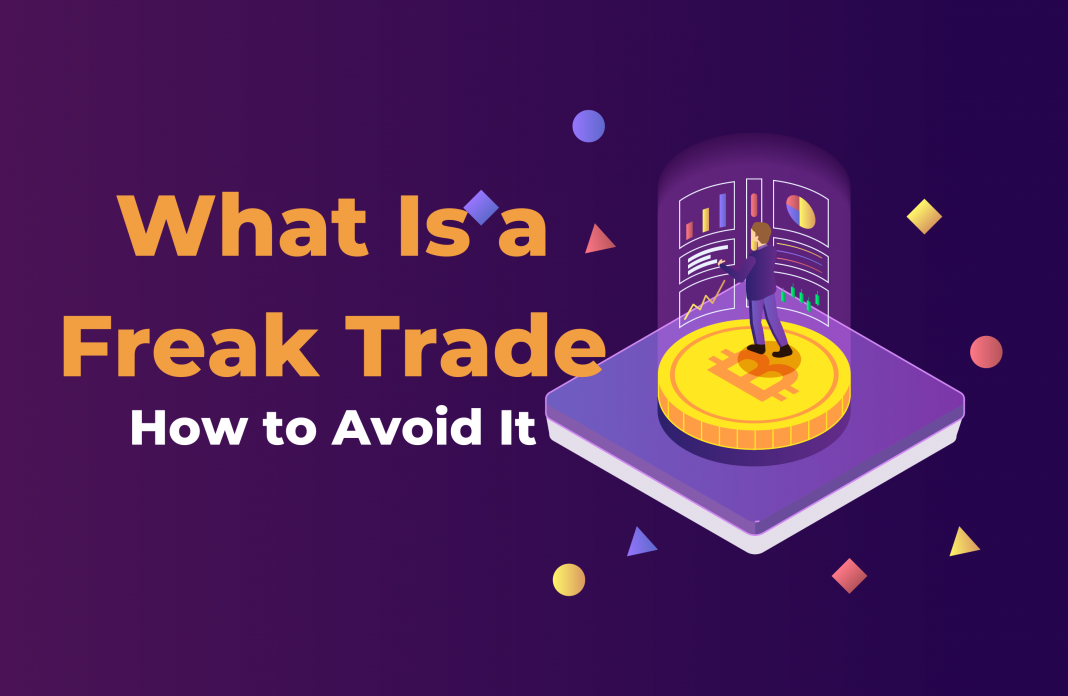 A lot of times, a freak trade is in the headlines causing a buzz in the marketplace due to the big fluctuations in the market they can cause in a matter of seconds.

But what exactly are freak trades and why should you learn about them? A freak trade is a humongous trade in which an abnormal price level is reached for a second and then reverts to normal or the previous level. The error may result from technical glitches, human errors, or manipulations. Here’s what you should know about them.

What are Freak Trades?

A freak trade refers to a humongous trade in which an abnormal price level is reached for a second and then reverts to normal or the previous level. The error may result from technical glitches, human errors, or manipulations. Freak trades refer to the trades being executed that are reported far away from the current price in the market in the F&O contracts.

Fat finger trades, which are a human error, are one of the situations that cause freak trades. Same as a typo in texting, dealers and traders in the marketplace can make such errors when typing large orders. Such large orders resulting from such typos cause a freak trade, called fat finger trades.

Freak trade is like a loophole by which some people manipulate the trading market in seconds. Because of that, many traders and retailers are facing big-time losses. Few people also make a profit out of it.

What is Intraday trading?

Trade and investment in FREAK trades

A normal trader can make only 4-5 trades in one second. High-frequency traders can trade 150-200 in one second using Algo trade.

When you place a market order by seeing the market price as there is no range of bid orders and anyone can order at any price, you are just submitting your bid in that second, the market fluctuates, and you have to bear a loss because of that.

For example – you are placing a market order in Bank Nifty at a premium of INR 100. At the time of placing the order, some freak trade happens, and your order books at INR 5000, in a fraction of seconds, the price comes back to INR 100, now you are at a loss of INR 4900 on a single unit.

How to avoid FREAK trading?

You should always use limit order instead of market order. Always use STOP LOSS. You can also put stop loss in the limit order. If you follow this, you can avoid freak trading. To minimize the losses in the case of freak trade, a stop-loss limit order might be a good option. Many times, freak trades may not be visible on the charting platform. It happens because charts are created by the trading platforms of brokers from the data they get via the exchanges. Hence in the case scenario of a freak trade, it baffles the retail investors for the reason behind their stop loss market orders implemented far away from the previous traded price.