Home » What Is a Hard Fork in Blockchain Technology?

What Is a Hard Fork in Blockchain Technology? 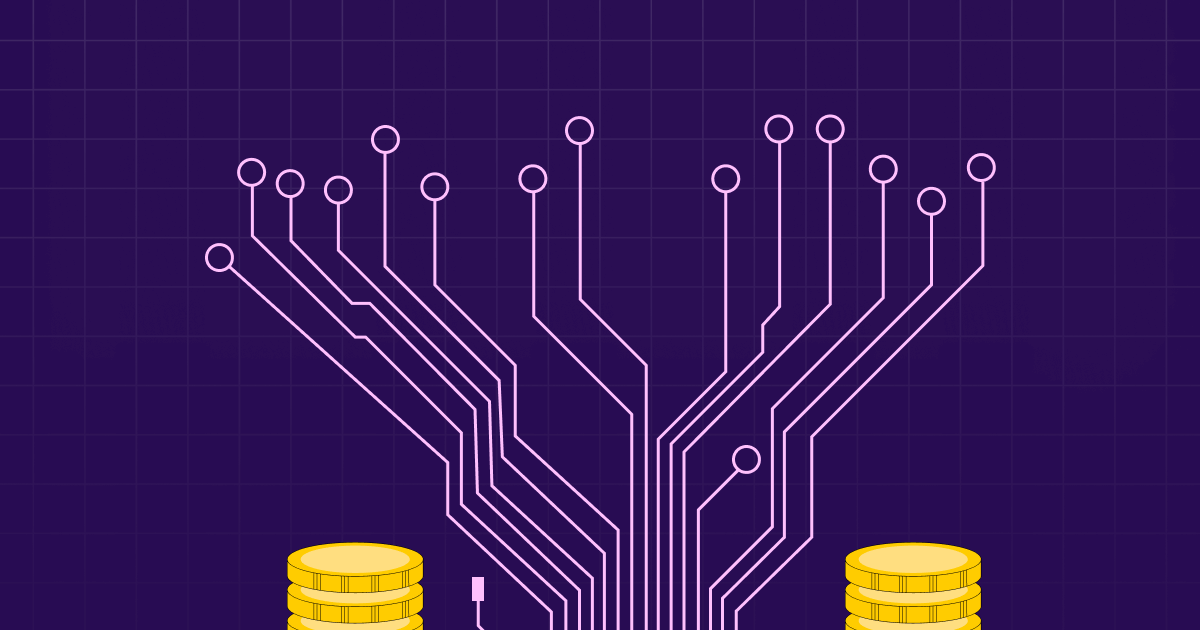 A fork is when a blockchain network splits into two separate chains. This can be caused by a variety of reasons but mostly because of disagreement within the community about the future direction of the blockchain.

If you’re using a currency and a hard fork happens, the users must also update the latest version of the protocol. Before we dive deeper into hard forks, let’s get an overview of soft and hard forks.

Types of Forks in the Blockchain

Crypto assets have development teams that make changes to the cryptocurrency network based on feedback from the community. They constantly improve the functionality and use cases of the digital asset.  This sometimes changes the protocols entirely or partially, leading to forks.

A soft fork can also be termed a minor update, which works the same way as updates on your smartphone. If all users agree and adopt this change, this becomes a standard change in the currency. Soft forks introduce new features or functions and transform the blockchain into an improved version.

Soft fork updates don’t clash with the original code of the blockchain network. They also allow new nodes to accept invalid data from old nodes without the user noticing. Soft forks happen when the community believes that a change to the network is important to improve the crypto. However, they don’t make significant changes that amend the entire working/purpose of the network.

This leads to a few changes in the same crypto, which is compatible with pre-change nodes. Since the old nodes in the soft fork recognize the new forks, it’s called backward-compatible.

A hard fork results from dissatisfaction with the blockchain’s current functioning among the community. They bring about significant changes in the blockchain network. This creates new blocks that may not be recognizable by the old nodes. The code goes through so many loops that it isn’t backward compatible.

Hard forks are also a means of crowdsourcing funds for new offerings, projects, and technology.

What Is a Hard Fork in Blockchain Technology?

A hard fork introduces a fundamental change to the protocol of a blockchain network that is not backward compatible. This means that the new version of the blockchain cannot validate blocks created by the old version and vice versa. It splits the blockchain into two separate chains; the original chain and the new forked chain.

During hard forks, the community makes so many changes to the underlying code that it’s no longer compatible with its older version. These changes can include updates, improvements, or new features.

The old version of the blockchain continues to exist, but it no longer accepts the new blocks being added to the forked chain. This results in two separate cryptocurrencies, each with its own set of rules, its own community, and value.

For example, Bitcoin Cash and Bitcoin Gold are hard forks of the Bitcoin network.

Hard forks occur on the blockchain to add:

What Are the Functions of a Hard Fork?

A hard fork triggers changes that have a wide-ranging effect on the whole blockchain. The community or the developers are usually the reason behind hard forks. When a hard fork happens, a new crypto is created, which follows the new protocols.

Hard forks split the blockchain network into two. One crypto follows the same old protocols, while the other one follows the new rules. The users have discretion in the choice. They can either stay with their old crypto or jump on the new one. However, to make the new currency valid on the blockchain, the entire network of computer nodes must update the software with the new changes.

While some users may shift to the new blockchain, it’s possible that some users will continue using the old blockchain even after the update. If users are divided between the two, a permanent split can ensure the existence of both blockchain networks, each with its own cryptocurrency.

There are many historical examples of hard forks, especially those created from Bitcoin and Ethereum. Here are the hard forks with the reasons that led to them.

Bitcoin went through a hard fork in 2017 due to technical and professional disagreements within the community. The primary objective of this was to increase the digital currency’s transaction limit. The new crypto that was formed from this hard fork was Bitcoin Cash or BCH.

Bitcoin XT attracted a lot of investors in the beginning, but it slowly lost its spark.

Ethereum Classic is a result of another hard fork that took place in 2016 due to the DAO hack, a smart contract on Ethereum. This fork happened so that some of the stolen funds from the hack could be refunded to the investors caught in it.

Advantages and Disadvantages of a Hard Fork in the Blockchain

Hard forks have different advantages and disadvantages, as below.

Advantages of a Hard Fork

Cryptocurrencies are often under the radar of hackers who can siphon off funds by corrupting the blockchain. With every hard fork, there is an improvement in the security of the blockchain network.

When miners produce valid blocks that become a part of the blockchain network, they are rewarded with block rewards. The improvements via hard forks also positively impact the cryptocurrency’s price. Moreover, when there is a split because of a hard fork, investors are granted new tokens of the new fork.

The community members can also part with the blockchain if they feel their visions don’t align. Moreover, the community members can freely move in or out, and the hard fork will not affect this right through any change. If a hard fork doesn’t satisfy the members, they can request a soft fork or even a hard fork to make new changes. Some users can also use the old blocks if they are satisfied with the previous versions.

Disadvantages of a Hard Fork

Constant new changes can confuse investors about new rules, when they are applied, or how they are applied. Radical change is good, but not when it’s constantly happening. For example, investors might not be able to understand the new features and miss out on opportunities. Some can sell their crypto if they feel the changes are happening too radically.

Even after the creation of hard forks, old forks can linger with their security problems and cause the users to get confused about which version to use unless they’re informed of the change beforehand.

Hard forks have become more common with the rising interest in digital assets. When a new token, as a result of a hard fork, is launched, it provides you with an investment opportunity. It also impacts the price of the existing crypto because of speculation and predictions surrounding it.

For example, during the BTC/BCH hard fork in August 2017, various speculations were made:

Out of these speculations, time proved the second one, the closest to reality. BCH is still amongst the most coveted cryptos. However, as of July 1, 2022, Bitcoin Cash has a valuation of around $108, while Bitcoin was around $19,000+.

Eventually, the newly formed cryptocurrency acts as an independent asset with market forces dictating its direction.

In a hard split, the tokens are non-interchangeable. So, once the split happens, you won’t lose your old crypto investments, which will also not increase in number. Instead, you will get additional new crypto for it.

Remember to invest in this space with caution, as when a fork creates new tokens, the changes are quick and impact the prices. The prices of the new token may rise at the start, but if they lack potential, they can go down as quickly. Different factors like curiosity, anticipation, or uncertainty can affect the prices of old and new coins. Thus, you should always conduct your research and make alterations to your portfolio to stay on top of your crypto game.

Hard forks are important for a crypto to keep improving in the long run. With time, they become more common and ensure that the crypto space evolves as per the community and their feedback. Many hard forks have resulted in good coins like Litecoin or Bitcoin Cash. Hence, these forks are important for better crypto offerings in the long run. The essence lies in doing your research and then investing.

The Ethereum network itself is neither a hard fork nor a soft fork. It is an original blockchain network from which other blockchains were created via the process of forking. In 2016, Ethereum split into Ethereum and Ethereum Classic (ETC). ETC is a different cryptocurrency with its own set of protocols. This hard fork was an attempt to refund the losses to the users after 3.6Mn ETHs were siphoned from the Ethereum network.

2. What happens to crypto after a hard fork?

Hard forks split a single cryptocurrency into two. This creates a new token that works on completely new protocols. When hard forks happen, the users can either use the old blockchain or the new one. Either way, all users get new cryptos created from the fork.

3. Do hard forks multiply the number of coins?

After a hard fork, a crypto is split into two, increasing the number of coins. However, this is a totally new cryptocurrency that gets launched. The existing crypto isn’t split to create more of the same. Every user gets access to the new crypto, and as demand and supply come into effect, the value of the newly launched cryptocurrency changes.