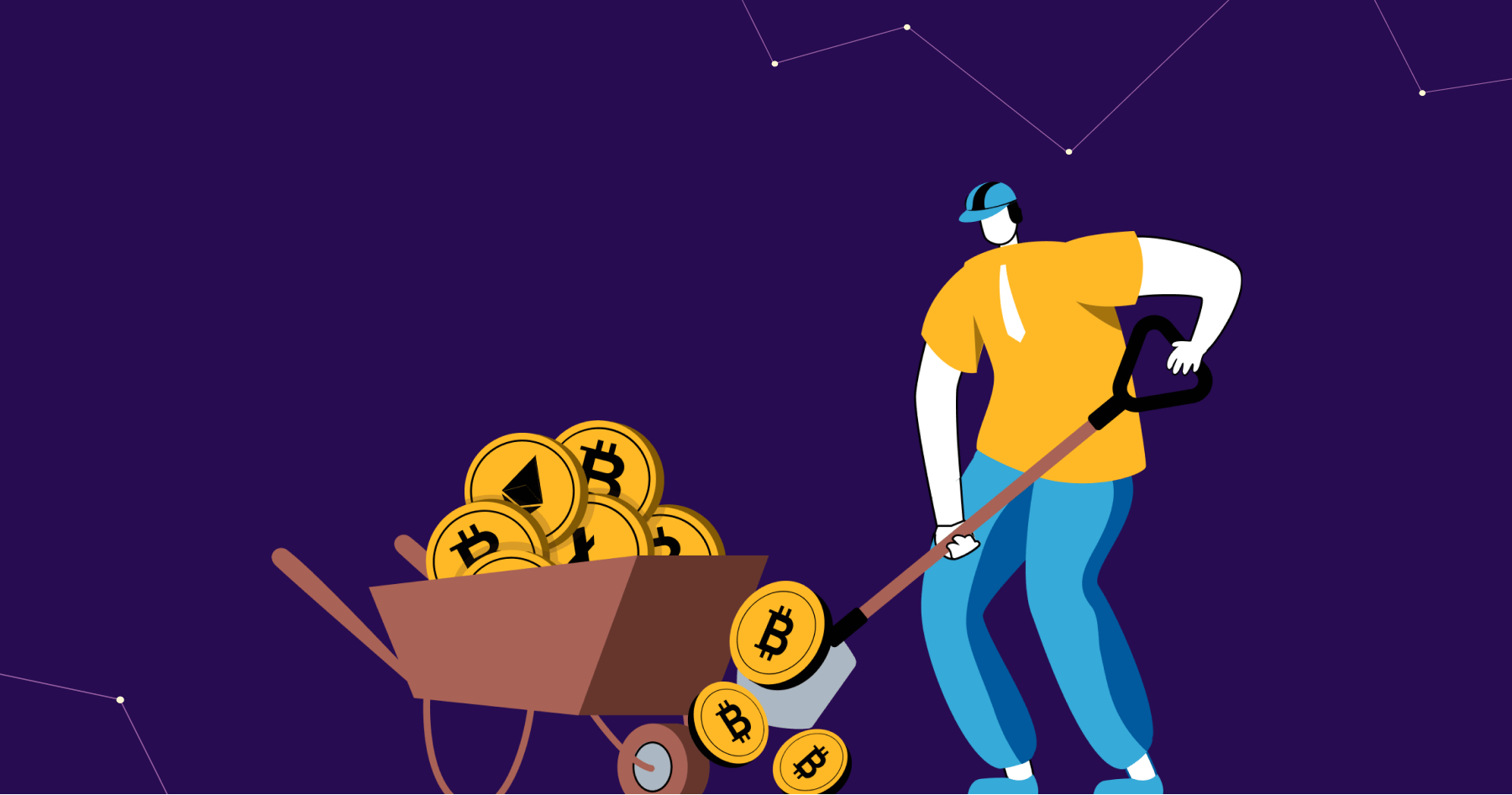 Cryptocurrencies are based on blockchain with the concept of decentralized at the core. Decentralization refers to using a distributed ledger to keep track of transactions without any single entity having sole access or authority. This was also the root cause for Bitcoin, the first cryptocurrency, invented in 2008. The framework that makes this decentralization a reality is called proof-of-work.

Let’s see what proof-of-work in blockchain is and how it plays a crucial role in the cryptocurrency space.

But before that, if you haven’t already invested in cryptocurrencies, what are you waiting for? Download Mudrex and get started now!

What is Proof-of-Work in Blockchain?

If you open a bank account to save money, the bank’s computer system keeps track and records it along with all the transactions undertaken. The same procedure is followed for everyone having an account in the bank. Bank’s system works as a centralized ledger. The highest authority in the bank has the final say over the deposits of account holders and their data. Any bad decision and a crisis can occur. However, because all the records are kept on the bank’s centralized ledger, any bank staff from any branch in the country can verify your account or transaction details.

This is not the case with digital assets such as cryptocurrencies. They are based on a decentralized ledger system with data access given to millions of computer nodes. This creates a challenge to verify the authenticity of data when a new transaction occurs or when a new data set is added to the system.

This verification issue is resolved using proof-of-work. When new data or transactions are added, it forms a new block that needs to be approved by the large network of computer nodes. To verify these blocks, all the validators in the network compete with each other to solve a complex mathematical equation. The one to solve it first gets the chance to add the block to the blockchain and thus earn rewards in return.

We call these computer nodes who undertake the task of adding new blocks to the system, miners and the process of validating transactions as mining. We have a detailed blog on mining if you want to read it.

What Is the Purpose of Proof-of-Work?

The ultimate goal for proof-of-work in blockchain is to ensure the safety of transactions and data.

PoW ensures users cannot double-spend their coins or tamper with any data blocks. With everything available at a touch away, digital assets are prone to fraudulent activities and can be easily replicated. As a result, they lose their valuation. PoW works as a gatekeeper here by preventing such malicious activities and securing the interest of users by protecting their data. PoW is an actual proof of data added.

How Does Proof-of-Work (PoW) Work?

Now that you know what proof-of-work is and why it is important, let’s see how it works.

Proof-of-work is the core for blockchain that helps it maintain its credibility and security. Blockchain is a distributed ledger that secures all the crypto transactions and adds new data as a new block.

Each block is unique because of the data stored in it. The important thing here is that the distributed ledger uses a hash to make the block tamper-proof. It is a series of alphanumeric code representing the data in a block. If anyone tries to make any change or enter even a slightly different data set, the outcome would be a completely different and unrecognizable hash. As a result, the original data would be protected because the primary function of the hash is to verify the data.

Bitcoin is one of the best-known examples of PoW. As per data, as of January 2021, to create one Bitcoin, miners had to calculate around 13.44 quadrillion hashes. They need to go through trial and error to reach the exact combination of hashes and generate Bitcoin. If there is any minor error or anyone trying to change the value of Bitcoin even by 0.000000001, the hash will not match, and it will stop any malicious activities.

Apart from Bitcoin, proof-of-work is used in many cryptocurrencies, including Ethereum, Tether, Dogecoin, Litecoin, etc. However, Ethereum is planning to soon move to proof-of-stake or PoS, a different consensus mechanism to validate the data block.

The difference between the two is how/the basis on which validators are selected. Rather than competing with each other in solving a mathematical problem, they are selected based on the number of cryptos they stake. The more they stake, the better the chances of being selected as validators. Learn more about PoS here.

What Are the Pros and Cons of PoW?

Here are the pros and cons of proof of work in blockchain.

Here are some benefits of PoW:

1. Ensures security of data and transactions

Proof of work uses hashes as encryption to make a unique combination that is hard to be replicated. This makes the entire process of adding and verifying data to the blockchain safe and secure, eliminating the chances of any fraudulent activities. Any changes in the data set need to reflect in all the network nodes, making data tampering an almost impossible task.

For verifying the blocks, miners are rewarded with new crypto, which motivates them to ensure that transactions are truthfully executed. The reward would look after a miner’s expenses for securing the block plus the profit. For example, in terms of Bitcoin, the reward in 2021 was 6.25 BTC. This will continue till 2024 as the reward is reduced by half every four years.

Some cons of PoW include:

To make proof-of-work a functional mechanism, miners have to solve mathematical puzzles every time a new block is added. They have to compete to add a block and get rewarded. The entire process, in addition to time, also consumes a lot of computational power and electricity. The mining process is also expensive because it requires high-end hardware and may take years to arrive at a profitable block generation.

2. The risk of control

While PoW in blockchain makes the process safe and secure, if the size of the computer network is not large and a single entity owns more than 51% of them, there is a risk of data tampering due to centralization in authority.

Proof-of-work is essential for cryptocurrency transactions as it helps in conducting secure transactions. PoW works on the concept of hashing, where each transaction is given a unique identity through hashes. It makes storing the transaction data safe. Various popular cryptocurrencies, including Bitcoin, Ethereum, Litecoin, etc., are based on PoW, making this consensus mechanism a gold standard for digital assets.

1. How are transactions validated in proof-of-work?

When a new transaction is added to the block, miners have to solve complex mathematical calculations to validate the accuracy of the data. This process is based on the concept of proof of work which uses a hashing framework– a unique string of alphanumeric characters that sets apart each transaction. Miners have to enter the same unique stats to verify the data set. Any error in entering the data turns into an unrecognized hash.

2. Does Bitcoin use proof-of-work?

Yes, Bitcoin uses proof-of-work. It is, in fact, the first cryptocurrency to use PoW to validate transactions on its blockchain. It uses SHA-256 hashing to verify the data blocks.

3. Why does Bitcoin use proof-of-work?

Proof of work makes the process of adding and verifying transactions and data blocks secure by not allowing any party to tamper with or replicate data in any way. It is a battle-tested way of maintaining the integrity of a blockchain network.