Home » What Is Litecoin? A Detailed Overview

What Is Litecoin? A Detailed Overview 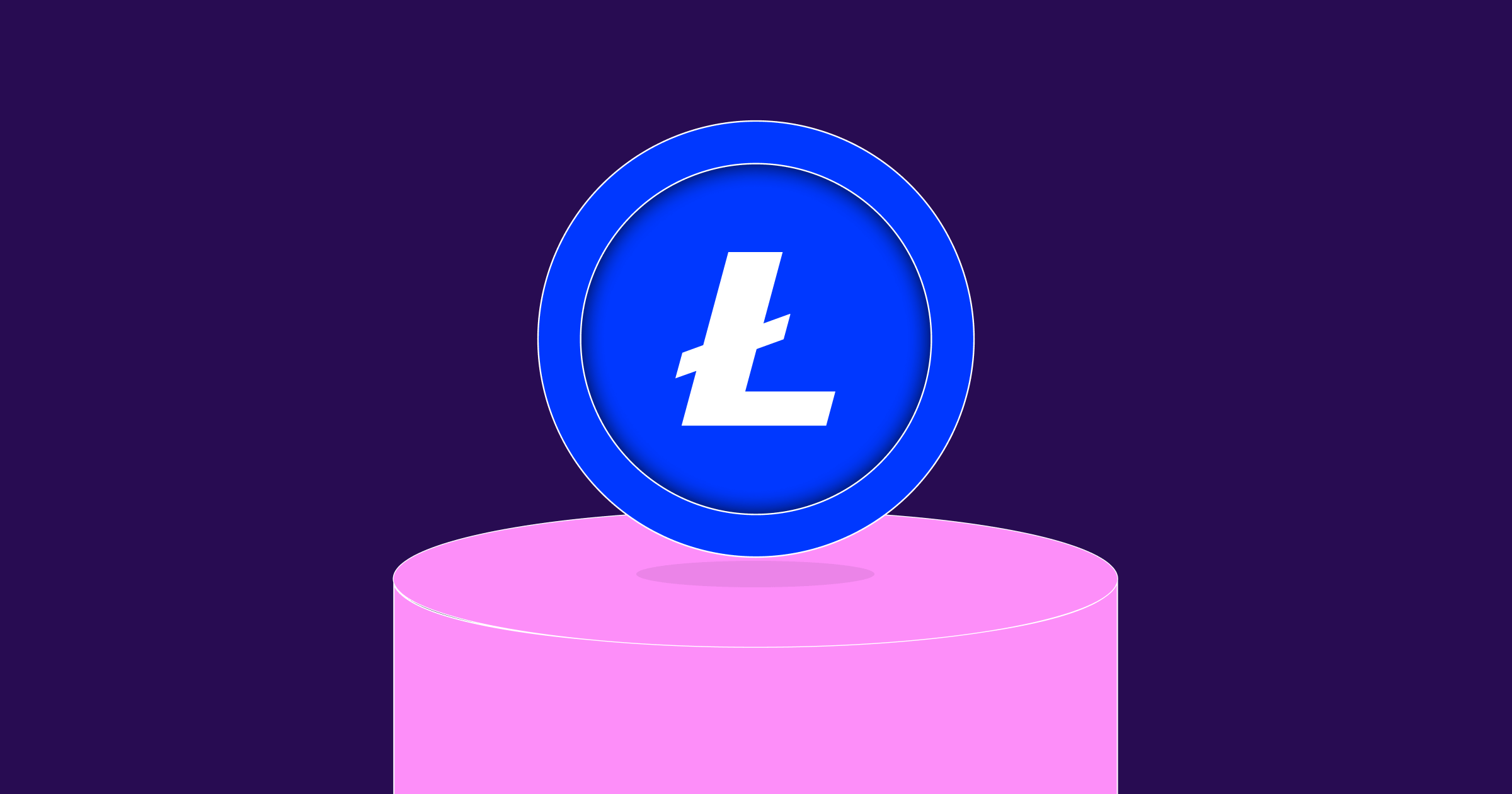 You probably know the first cryptocurrency to be ever created – Bitcoin. Do you know the second one? Meet Litecoin.

Created in 2011 by Charlie Lee, it was the first alternative to Bitcoin- altcoin. Lee intended Litecoin to be an improved version of the Bitcoin network. It is even based on Bitcoin’s original source code. Litecoin acts as a peer-to-peer crypto payment network and, owing to its higher transaction throughput, does a better job at this than Bitcoin.

But that’s not all it does. In this article, you will learn what Litecoin is, how it works, the differences compared to Bitcoin, and more! Let’s start off with the basics.

Litecoin (LTC) is an altcoin created in 2011 from a fork in the Bitcoin blockchain. The fork was done because Litecoin’s developer was concerned about Bitcoin becoming too centralized and large mining farms taking over the network. While the barrier to entry for mining Bitcoin has become higher due to the expensive equipment needed to overcome the mining difficulty, the blockchain has not been centralized by any means.

Litecoin was designed to become a platform for daily P2P transactions and prevent large-scale farms from taking over control of the network. But miners being miners, quickly adapted to Litecoin’s encryption method and expanded their mining capability to capture a large portion of the cryptocurrency’s supply. In fact, mining farms and pools of miners have established themselves on the Litecoin network as well.

Interestingly, Litecoin’s supply is also 4x that of Bitcoin. Bitcoin has a cap of 21 million on its supply, while Litecoin has a cap of 84 million. As of today, about 72 million Litecoins have been mined.

How Does Litecoin Function?

Litecoin uses a proof-of-work consensus mechanism, much like Bitcoin. Miners on the network can dedicate computing power to the network and get rewards for validating blocks. Although the consensus mechanisms are the same, Bitcoin uses a cryptographic algorithm called SHA-256 to validate blocks. Litecoin, on the other hand, uses an algorithm called Scrypt (pronounced S-crypt). This modification allows it to settle P2P transactions almost immediately, unlike Bitcoin.

Similar to Bitcoin, Litecoin also experiences halving. The last halving in August 2019 halved the block rewards from 25 Litecoins to 12.5 per successful validation. This takes place every four years, another shared aspect with Bitcoin. So the next halving is expected to take place in August 2023.

The primary intention behind litecoin was to create a fast and cheap medium for transactions without any involvement from intermediaries like banks.

If you are a Litecoin holder, you will find that big names like Twitch and the American Red Cross accept Litecoins as payment/donation.

Litecoin Vs Bitcoin: Understand the Difference

Litecoin was created from a fork in the Bitcoin network, and it isn’t surprising that there are similarities between the two. But the differences, while few, are important.

Miners have to solve hash functions to add new blocks to the blockchain on both Bitcoin and Litecoin. However, the difference lies in the cryptographic algorithms they employ. Bitcoin uses the SHA-256 (Secure Hash Algorithm-256), while Litecoin uses Scrypt, a newer algorithm.

Bitcoin takes an average of 10 minutes per block validation, while Litecoin cuts down this time by 1/4th by having a block time of 2.5 minutes. Thus, it can handle more transactions than Bitcoin, owing to the faster block time.

Halving is when the block rewards on a network get reduced by half. Both the Bitcoin and Litecoin networks witness a halving every four years. Litecoin developers framed the protocol this way intentionally to mimic Bitcoin’s halving schedule.

While Bitcoin sees a halving every 210,000 blocks added, Litecoin sees one every 840,000 blocks. It adjusts for the 4x faster block generation.

Pros and Cons of Investing in Litecoin

Even without any additional scaling solutions on top of the Litecoin blockchain that reduce transaction times, it has a much lower block generation time than the Bitcoin network. It validates a block in 2.5 minutes, compared to Bitcoin’s 10 minutes.

Not only is Litecoin fast, but using its blockchain is also relatively cheap when compared to other blockchains on the market. Litecoin achieves this by means of micropayment channels. These are set-ups between the buyer and seller that allow them to make transactions without contacting the network. This aspect can help immensely in its adoption.

The Litecoin network is constantly trying to become faster and cheaper. With improvements like SegWit and the Lightning Network, the network has been trying to enhance its scalability.

Litecoin has an upper limit of 84 million coins compared to Bitcoin’s 21 million. A limited supply eliminates the risk of inflation while still leaving investors a large number of coins to invest in.

Like any cryptocurrency, Litecoin is also prone to high volatility. In 2021, it was among the top 10 cryptocurrencies in terms of market capitalization. Today, it ranks 15th. And that is certainly not a bad position to be in. But investors would do well to remember that the nature and history of the crypto market prove the coin can move up or down the list in the blink of an eye.

Again, this applies to cryptocurrencies that aren’t Litecoin as well. The lack of regulations surrounding cryptos proves to be a barrier to their widespread adoption.

3. Uncertainty in its future

While the technology was revolutionary when it started after a fork from the Bitcoin blockchain, the novelty has worn off. There are a lot more players in the crypto market now. Only time will tell if Litecoin offers enough to keep investors coming in.

Should You Buy Litecoin?

Its founder didn’t intend Litecoin to be a store of value. But it is flexible enough to offer a good mix of high liquidity and store of value to keep it relevant for long-term investors. It’s a useful coin to place a small stake in and use to understand the intricacies of crypto trading. Of course, it can be a part of your portfolio if you’re looking to diversify. But always do your own research before investing in crypto.

Another great choice if you want a diverse crypto portfolio is Mudrex’s Coin Sets. These are baskets of crypto based on themes to battle the volatility of the crypto market.

Litecoin started to offer something that the only other cryptocurrency at that point didn’t, and it was successful. The fact is, it’s been over a decade since then, and there are a lot of competitors on the market with possibly better offerings. Considering all this, it’s quite the feat that Litecoin remains in the top 20 cryptocurrencies according to market cap.

It does face its fair share of regulatory issues, and it isn’t the most popular among investors right now. But no one knows what the future holds. Ten years down the line, Litecoin might surprise us.

1. Who is the leading competitor to Litecoin?

When Litecoin came into the picture, it was careful to not position itself as a competitor to Bitcoin so it could thrive in its own domain. But over a decade later, there are several competitors to Litecoin. MobileCoin, NEO, and IOTA are some of the biggest competitors on the market.

Since Litecoin and Bitcoin are pretty similar to each other, both networks can have the same upgrades. The Litecoin network usually implements these upgrades first. This is done because any major errors that might affect the entire network would do less damage if they happened on Litecoin as compared to Bitcoin. Upgrades like SegWit and the Lightning Network were first done on Litecoin before being carried over to Bitcoin.

3. Will Litecoin exist in the future?

Litecoin has been around since 2011. And even today, more than a decade after its inception, it continues to be a top 20 cryptocurrency. Its strong fundamentals have helped it thrive in the market. But a loss of popularity among investors is threatening its position on the list. Right now, it is doing well, and we can’t be sure of what the future holds.