Home » What Is DAO in Crypto? A Latest Craze Among Crypto Investors

What Is DAO in Crypto? A Latest Craze Among Crypto Investors 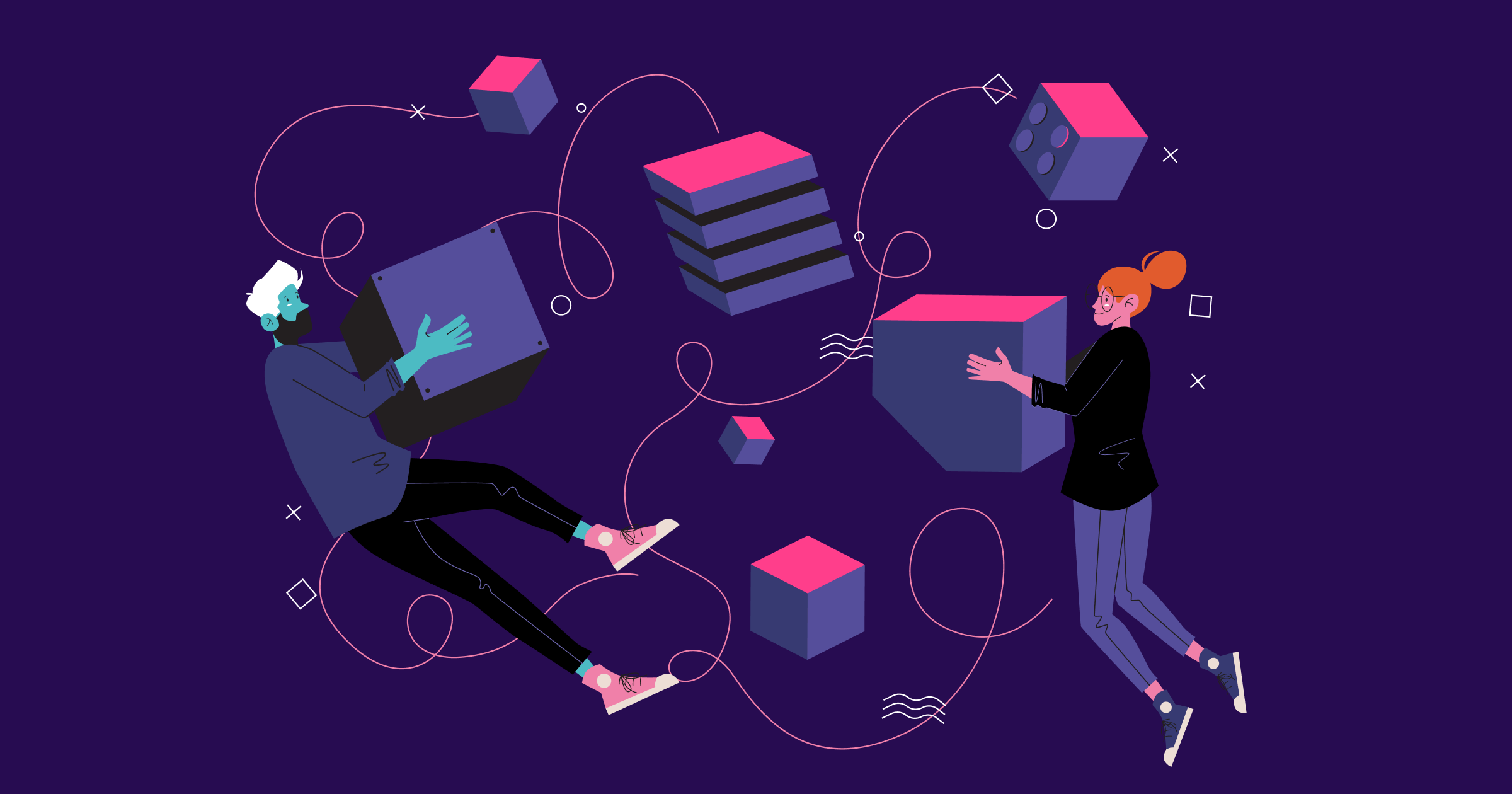 Another day, another use case of blockchain technology. And this time, plans are to disrupt the way traditional organizations work. Sounds far-fetched? Well, not really if you have heard about the latest and hottest trend in the crypto industry- DAO. Decentralized Autonomous Organizations, or DAOs, intend to leverage blockchain and do away with traditional hierarchy-based corporate structures.

P.S. If you are excited about this up-and-coming use case of blockchain, consider investing in the DAO Universe Coin Set by Mudrex.

Coming back, in this blog, we tell you exactly is a DAO in crypto? And why should you care about it? Is it the next big wave after NFTs and Blockchain Gaming? Let’s find

What is Decentralized Autonomous Organization (DAO)?

Let’s break it down into smaller pieces. As the name suggests, DAOs are decentralized. This means no single central authority is running the entire show. It is a vivid contrast with a traditional organization where there has to be a ‘boss’ for everyone.

Autonomous because every individual in a DAO is working for a common goal or motive that the DAO has set forth. This is mainly because everyone shares the ownership of a DAO, and the DAO’s success guarantees their success. Once again, traditional organizations often set up governance at each layer to achieve this.

To summarize, DAOs are evolving legal entity structures where individuals own a share of the entity and come together to achieve something.

Wondering how blockchain is enabling this? Turns out that most DAOs have a token associated with them. All the interested folks buy these tokens (or get them for free). Based on their token holding, they can vote on the critical decisions of a DAO.

In traditional finance, this is achieved by asking your shareholders to vote on some key decisions. However, this is done only a couple of times a year, and all the major decisions lie in the hands of the founding team.

How Do DAOs Work?

Manual intervention is replaced by ‘Smart Contracts’ in a DAO. Smart contracts are self-executing contracts written with ‘if and but’ conditions. For example, there could be a smart contract that states every individual who completes a task satisfactorily within the stipulated period gets 500 tokens. Delayed delivery could attract a penalty of 250 tokens. Smart contracts will ensure that once the task is completed, those who have completed it on time get rewarded, and those who delay, get penalized.

Governance in a DAO is done by token holders. These token holders vote on all key decisions. The weightage of your vote depends on the number of tokens you hold. For example, the impact of a vote of someone holding 500 tokens would be twice as much as someone who holds 250 tokens.

This ensures that people who have invested more (monetarily) have a greater say in the overall decision-making. Why? Because these people would want to ensure that their holdings don’t go down the drain and would always work towards the betterment of the DAO.

Moolah? Oh yes. Most DAOs have treasuries that hold their funds. And just like everything else, token holders vote on where to deploy these funds.

While there are claims that DAOs are a notch above a traditional organization in terms of structure, let us explore if it is an umbrella statement or if some elements of DAOs still need improvement before the mass adoption kicks in.

For starters, DAOs believe in democratizing wealth and aligning people’s monetary and organizational goals. This is very similar to a start-up ecosystem where the employees are offered ESOPs so that they have skin in the game. However, ESOPs don’t entitle their holders to vote on key management decisions.

Compare this with traditional organizations where stricter governance and reporting are used to ensure that employees are tuned to the organizational objectives. The design is such that the profit margin comes from the gap between employee’s salary and their output.

Then there was trust. Trust is the driving force behind organizations. Large conglomerates put in so much effort to promote the message of ‘trust’ amongst their employees. Despite that, there are instances of failure because of either ‘over-trust or lack of trust.’

What if we could do away with this element completely? Even better if we could do that without bringing in a third party. That’s what DAOs enable. Trust is an intricate part of the design. Smart contracts are unbiased pieces of code with no element of subjectivity. For example, if you are hoping for a promotion in a traditional organization, you might have to go through the layers of bureaucracy.

In the case of a DAO, it is as simple as performing certain tasks for a certain period to level up. There are no second thoughts.

To summarize, the table below highlights key differences between a DAO and a traditional organization of various factors:

Due to its key benefits, DAO’s structure can be very useful to implement in an organization. Let us talk about them in detail now:

Since DAOs are based on blockchains, they are way more transparent than traditional organizations. Key decisions are taken through voting by the token holders. All these votes are visible to everyone. Besides, all the key incentives are coded in a smart contract. So rather than wasting time guessing someone’s income, it is visible upfront.

DAOs enable like-minded communities like never before. Quite often, you have to trade-off between something you like and your geographical location. You often have to move to work for your favorite company. The option to work remotely is now available, but it often comes at the cost of socialization. DAOs break those barriers by connecting people who work towards a common goal.

Now it just requires an internet connection and some tokens to work for some top-notch companies headquartered miles away from you!

Since you have a direct say in the company decisions, you hold yourself accountable. Apart from that, token appreciation will directly benefit the token holders, which is why there is a greater sense of belongingness in the DAO structure.

Humans, in general, don’t like to be bossed around. If we had a chance to decide who is in power, we would always choose ‘nobody’ if we can’t choose ourselves. DAOs eliminate the traditional CEO/Founder/Reporting Manager model and come with decentralized governance.

Well, if the DAO model were so powerful, why don’t we see mass adoption yet? It is primarily because some limitations must be considered before proceeding further. Let us discuss these drawbacks in detail:

If a single person is responsible for making a decision, they may be able to take it in the shortest possible time. Whereas, if a board takes this decision, it will take a little longer. Keep increasing the number of people, and the time constantly shoots up.

In a DAO, every token holder can vote on the key decisions. While this leverages collective wisdom, it slows down the process.

Now the idea of voting on every decision looks novel from the surface. However, if you dive deeper, not everyone has a context of all the problems. Imagine a DAO that is focused on developing memes for international clients. If someone is a graphic designer, they may have no clue about a financial problem that requires a quick decision.

Even if they do, it is difficult to gauge the background they are approaching this problem from. The onus of explaining the problem completely in the most efficient manner lies on the decision seeker.

Current tools for running a DAO are still evolving. One needs to have a basic understanding of buying and storing tokens and then use those tokens to vote for decisions. This leads to a significant learning curve for people who might be interested in joining the DAO.

Why Do We Need DAOs?

DAOs are a key step towards a better organizational structure. Traditional organizations deploy all means to ensure that they extract the most from you without spending much. Apart from that, a significant effort is put into maintaining the opacity behind salary structure, promotions, etc. Third, the decision-making is centralized and often steers the ship in the wrong direction.

When you move that to DAO, you get a transparent structure where the main focus is to work and meet the common objective. There is no scope for office politics and envy to kick in when everyone’s an owner. Apart from that, there is a clearer roadmap to climb up the ladder and reputation.

In terms of governance, DAOs are stricter due to the code being the law. There is no element of subjectivity, eliminating partiality.

We believe that web3 vision of decentralization and true democracy goes through a DAO governance model. With the industry trying hard to plug in some gaps, DAOs will be the way forward for many companies. So why don’t you capitalise on the growth of DAOs by investing in the DAO Universe.

What Are Some Examples of DAOs?

Okay. Enough of DAOification. Can we move to some real-world examples of DAO? Here goes:

Talk about the innovation that went behind the name. Anyway, the DAO was founded back in 2016. Idea? Pretty neat and simple. A group of people would sell tokens and raise money. This money would be used to fund start-ups. Which start-ups? The ones which are voted by token holders. Sounds similar? It is. It is a VC model but on steroids. Every individual gets to have a say where the money flows!

One of the biggest decentralized exchanges in the crypto ecosystem provides tokens to the people who add liquidity to the pool. Without going into too much detail, it incentivizes people who lock in some valuable tokens to facilitate traders who wish to swap.

What is the value of these tokens? Well, it allows the holders to vote on key decisions. For example, if the swapping fee were to be increased from 0.3% to 0.6%, these holders could decide on its fate.

1. What is a DAO explained?

DAO is simply a blockchain-based organizational structure that allows people to vote on key decisions of the org by holding tokens. It aims to provide transparency and code-based governance to the system.

DAO aims to bring in transparency and stricter governance using smart contracts in an organization. It eliminates the hierarchy that exists in traditional organizations.

Depending on the goal, DAOs can be of multiple types. A few famous examples are Uniswap, The DAO, etc.

DAOs often make money by selling the native token in return for a valuable currency like USDT or ETH. Once the funds are raised, token holders vote on how these funds will be used. Apart from that, some DAOs provide services like content, graphic designing, etc. These are known as service DAOs. They make money by selling these services to clients.

Some investment-based DAOs also make money from the returns on their investments.

DAOs are decentralized. There is no single owner of a DAO. It’s a group of people who own it by holding the DAO’s native token and voting on its future.