Home » What Is Consensus in Blockchain, and What Kinds of Mechanisms Are There?

What Is Consensus in Blockchain, and What Kinds of Mechanisms Are There? 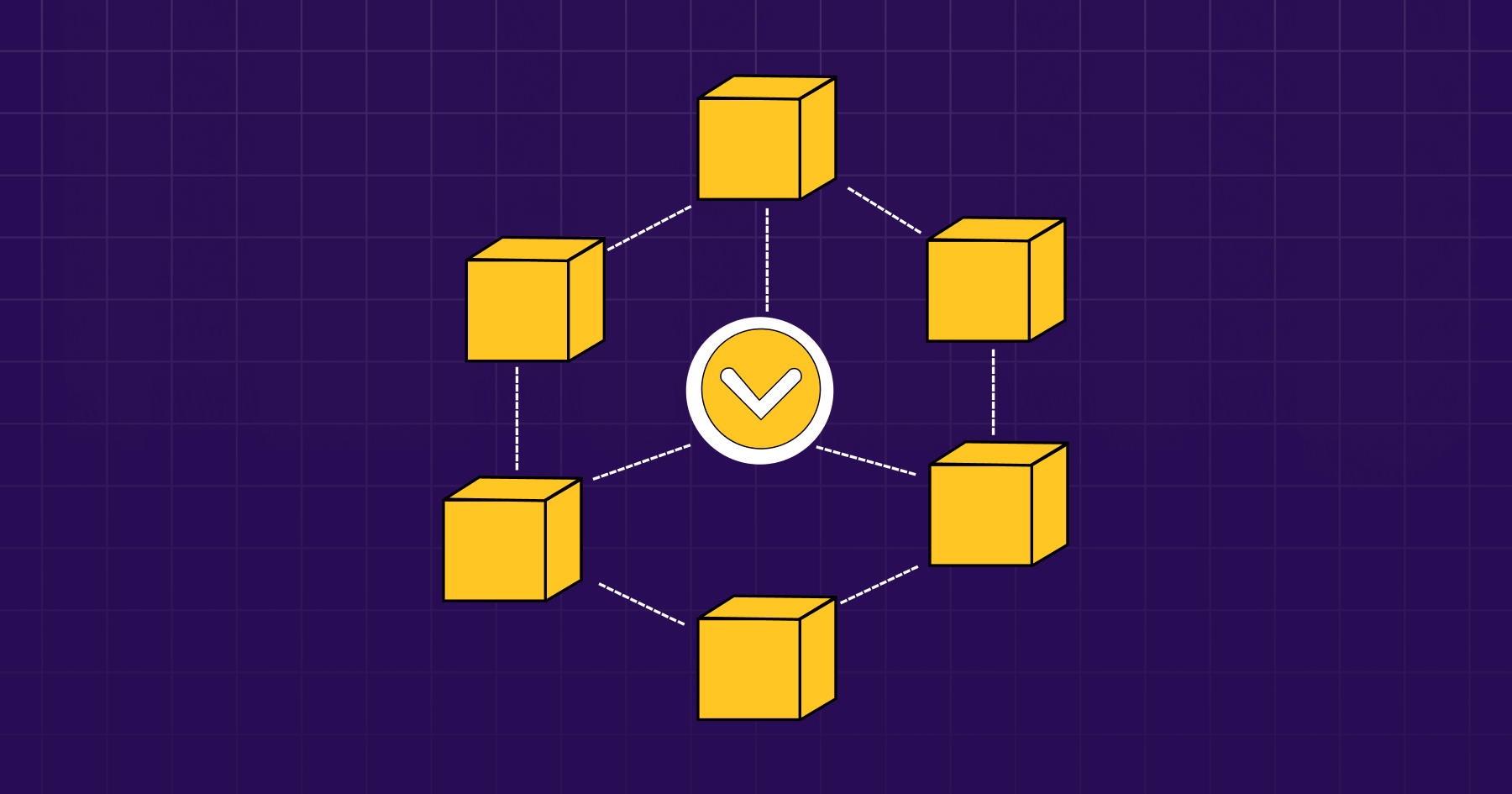 Are you part of a joint family? Or have you worked on any group projects? Or have you planned a trip with your friends?

If your answer is ‘yes’ to any of these questions, you would know how difficult it is to agree unanimously on something as a group. When many people are involved, it takes a lot of time to convince everyone to reach a conclusion.

Now think of blockchain, which is decentralized. Several nodes across the globe work together to make critical decisions.

How do they even do that? Well, they use a tool called ‘Consensus Mechanism.’

In this post, we will explore the concept of the consensus mechanism and its types. Also, I will answer how nodes reach a consensus in the blockchain network using these methods.

But before jumping into the consensus mechanism, we hope cryptocurrency is part of your investment portfolio; if not, check out Mudrex Coin Sets. It is an index fund-like product suitable for long-term wealth generation.

The technical definition of ‘Consensus Mechanism’ goes like this.

A consensus mechanism is a fault-tolerant method used by multiple agents or network participants in blockchain protocol to agree upon a single network state. It is mainly helpful in distributed record-keeping.

I know it might be confusing. Let me break it down further.

So the term ‘Consensus’ means a general agreement. It is the opinion or decision reached by a group as a whole.

From a blockchain standpoint, a consensus is a process by which a group of participants (or nodes) on a network finalizes whether a blockchain transaction is valid.

There are different types of consensus mechanisms, and they vary based on several factors. These factors include security level, throughput capability, energy consumption, etc.

But all of them share one common goal: to ensure the ledger records are honest.

Consensus mechanisms are the foundation for blockchain networks to function seamlessly.

Before we explore its importance, let’s look at how blockchain protocols work.

A public blockchain is a decentralized, distributed ledger that records transactions in the form of blocks of data. Peer-to-peer computer nodes must independently validate these blocks before adding them to the chain.

This method helps in securing the network against fraudulent transactions and double-spending. As multiple parties must agree on a single version of the ledger, the networks implement consensus mechanisms to achieve it.

Well, these are some of the well-known consensus mechanisms. But apart from these two, there are many other algorithms in use.

We will look into the top eight protocols in detail.

Proof of Work (PoW) was the first consensus mechanism to come into existence. The term was first coined during the 1990s but was implemented by Satoshi Nakamoto in Bitcoin. After which it was adopted by other blockchains of that time. PoW is typically considered the most secure and reliable protocol compared to others.

Working Mechanism: Miners use sophisticated hardware infrastructure and mining methods to compete with each other to crack highly complex mathematical puzzles. They can solve these with numerous trials and errors. Hence, miners require a staggering amount of computational power to solve the puzzles quickly. The first miner to find the 64-digit hexadecimal number (known as ‘hash’) wins the right to form a new block and validate the transactions.

Reward System: The successful miner is rewarded with a predetermined amount of crypto, known as the block reward.

Bitcoin’s estimated annual energy consumption is over 51 TWh. This is the impact of the PoW mechanism. Hence, a lot of projects started to explore methods that are more sustainable and scalable. It led to the emergence of another popular protocol called the Proof of Stake (PoS).

Working Mechanism: While PoW is like a race, PoS is more like randomly assigning network participants to produce the next block. But, users must stake their crypto tokens in the network to participate in this process. Typically, the higher the number of staked coins, the higher the chance of becoming a validator. Other factors include time since staked, randomization, etc.

Working Mechanism: Like PoS, DPoS allows users to stake their coins in return for staking rewards. The difference between PoS and DPoS is that DPoS relies upon a reputation-based voting system to achieve consensus. In DPoS, users who staked their tokens can vote to select witnesses to create blocks by validating the transactions. Only top-tier witnesses with the most votes earn the validation rights. Validators are responsible for validating the blocks created by the witnesses. The users also vote to select delegates to govern the protocol.

Reward System: Witnesses earn rewards for their contributions, which are then shared with the users who voted for them.

Proof of Capacity (PoC) is also known as Proof of Space (PoSpace). As the name suggests, the mining rights are granted based on the amount of space available in the miner’s hard drive.

Working Mechanism: In PoC, miners generate a list of all possible hashes (64-digit hexadecimal numbers) in advance. This process is called ‘Plotting.’ These hashes are then stored on a hard drive. Miners with higher storage capacity can generate more hashes. It increases the chance of having the correct combination and producing a new block.

Reward System: The successful miner gets the block reward.

Solana developed Proof of History (PoH). It is a method to prove that transactions occurred at a specific time.

Working Mechanism: Typically, public blockchains didn’t rely on a standardized clock. The validator nodes use their local time without the visibility of other nodes’ clocks. Hence, it would take time for the nodes to identify the exact validation time. But, with the help of the PoH method, all network participants can access a single trusted time source.

Reward System: PoH doesn’t have any in-built reward mechanism. But, it works along with other consensus mechanisms (like PoS), which rewards its validators.

Proof of Activity (PoA) is a hybrid of PoW and PoS mechanisms.

Working Mechanism: PoA kickstarts the PoW process first. The miners use computing power to solve complex computational puzzles. Once the block is mined, the system switches to PoS. The higher the number of staked cryptos, the higher the chance of being chosen as a validator. The block gets added to the network once the validator verifies it.

Reward System: Block rewards are shared among the miners and validators.

Proof of Authority (PoA) is a modified version of PoS. It was proposed by Gavin Wood, Ethereum co-founder, in 2017.

Working Mechanism: In the PoA system, the users stake their reputation instead of cryptos to get validation rights. Unlike other blockchain networks, users must reveal their identity to participate in the process.

Reward System: Validators are offered token rewards for their contribution.

Intel developed Proof of Elapsed Time (PoET) in 2016. It is an effective alternative to the PoW mechanism.

Working Mechanism: PoET randomly assigns different waiting times to all network participants. Each of these nodes goes to sleep for the respective waiting duration. The node with the shortest waiting time is awarded mining rights. It ensures fairness within the network by offering equal opportunity to all participants.

Reward System: The successful miner gets the block reward.

Risks: Applicable only to closed and permissioned networks.

Self-regulating systems like blockchains work on a global scale without any single authority. They need hundreds of thousands of participants to authenticate blockchain transactions.

This complicated task is executed with the help of consensus mechanisms. It helps to ensure all the network transactions are genuine and enables the nodes to agree on the status of the ledger.

1. What is the best blockchain consensus?

2.  What form of consensus can be achieved with a blockchain?

These include the following,

3.  Can blockchain work without a consensus mechanism?

Blockchain is a distributed decentralized network with no central authority to validate transactions. In protocols like Bitcoin, hundreds of thousands of unknown peers (or miners) across the globe need to agree on a single state of the network. A consensus mechanism helps to just do that. Hence, it is essential to have one to verify network transactions.