Governments worldwide have been insisting on regulations on crypto following some unfortunate incidents in the crypto realm. On Tuesday, Brazil became one of the first countries to take a step towards protecting the interest of retail investors and thereby boosting crypto adoption among the mainstream audience.

Brazil is home to a bustling crypto economy. The country has often seen crypto investments exceeding those in the stock market. The government has made the move to ensure that this eagerness translates to everyday transactions in crypto; Brazil’s Congress passed a bill that intends to regulate cryptocurrency as a means of payment within its borders.

What Does This Mean for Crypto?

If passed, the law would recognize cryptocurrencies as a digital representation of value. This would mean that they could be used as a medium of payment as well as an investment asset in the Latin American country.

The bill, which still requires the Brazilian President’s signature to be recognized as law, would legalize crypto payments for products and/or services. It would also mean that Brazilian banks could choose to facilitate the use of crypto for everyday transactions. This would function similarly to how credit cards or other similar traditional financial services work.

Certain banking giants like Santander have already begun experimenting with crypto custody services. Santander also plans to offer crypto trading services. Other big players seem interested in launching their own asset tokenization platforms. All this said, none have developed a crypto payment processing service yet.

What Does This Change for Brazil?

Brazil is already pretty far ahead of its South American counterparts when it comes to crypto regulation and adoption. Currently, it has the most crypto exchange-traded funds (ETFs) in the entire continent.

If the bill passes into law, it would require the executive branch of the government, which includes the President and his ministers, to select government bodies to oversee the market. The probability of Brazil’s central bank (BCB) and its securities and exchange board (CVM) being involved is high. BCB would most likely monitor crypto transactions, while the CVM would keep an eye on cryptos used as an investment. Currently, only tokens categorized as securities fall under the CVM’s jurisdiction. Both these bodies were involved in crafting the legislation.

What Else Did the Bill Encompass?

There was a clause that proposed reducing taxes on the purchase of Bitcoin mining machines, but this was unfortunately rejected. The proposal only involved deducting taxes on machines using renewable energy, but even that was not enough for Congress’s approval.

The bill also includes regulations for crypto service providers like exchanges, who will need to abide by quite a few rules and receive explicit authorization from the federal government to start providing services in the country.

One of the most important aspects of the bill was the obligation for service providers to separate their funds from their clients’, in the pursuit of avoiding a repeat of the FTX situation.

This definitely seems like a huge step forward for crypto. It makes the asset available to a much larger audience and motivates other jurisdictions to also follow the same approach. Widespread adoption is an important milestone in the journey of crypto, and it seems like Brazil has just provided a big boost in that aspect. 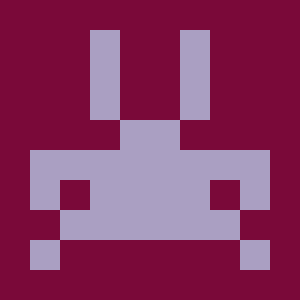