The official blog of Mudrex.com - The smartest way to invest in crypto
General

by Avani Gokhle
No Comments 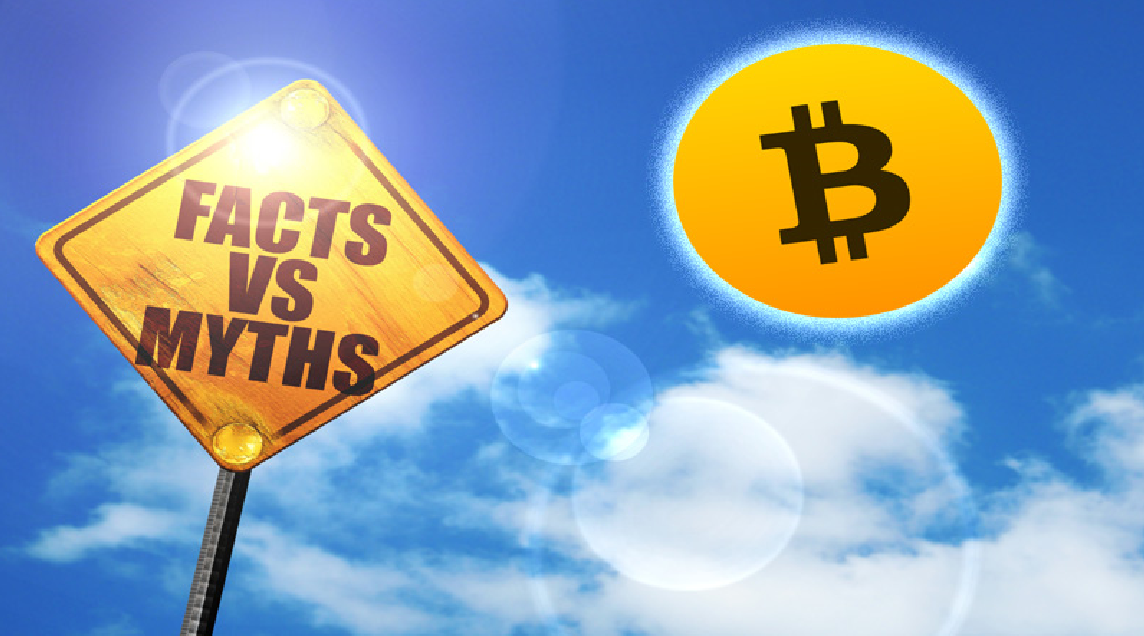 Bitcoin and many other cryptocurrencies have been soaring, and the number of investors and traders have increased significantly. These cryptocurrencies employ blockchain technology, which ensures optimal safety and security of transactions, and reduces the possibility of fraud ridiculously.

However, The biggest roadblock for widespread adoption of Cryptocurrency around the world is the numerous cryptocurrency myths. The internet is rife with myths and misconceptions about cryptocurrency, and a majority of them are untrue. This article aims to debunk those myths and educate its readers on cryptocurrencies.

Now, let us have a look at some of the top crypto myths, and share the truth about cryptocurrency.

One of the biggest myths about Bitcoin is that it is anonymous. Bitcoin operates on an open, public ledger — that anyone can look at or query at any time. Every Bitcoin owner has an address associated with a public key and a private key. The public key can be associated with your personal identity. Hence you do not remain completely anonymous. Moreover, most crypto exchanges now complete the process of “Know Your Customer” (KYC) using real identity proofs. Hence the users’ identities get tied to the BTC they hold. Therefore, nothing remains completely anonymous.

2. Cryptocurrency is not real

Humans mainly believe that which is tangible. Cryptocurrencies are not tangible. They only exist on computers and not in your purse or wallet. But that is not the same as thinking of them as being imaginary. They are real things that can be used to pay for real goods. In fact, companies like Lamborghini have even started accepting Bitcoin as an authentic way of payment. Coca Cola has come up with vending machines which accept crypto payments. Today there are 9000 Crypto ATMs all over Europe and over 1000 businesses that accept crypto for payments.

Many would argue that block-chain is one of the more secure options for transactions. Because it is a chain, changing one block involves changing the surrounding blocks. Cryptocurrencies are decentralized. This makes them a hotpot for attack by fraudsters and susceptible to theft. However, platforms and exchanges are now better equipped to deal with such security scenarios. Money-laundering is one of the more serious threats to Bitcoin. Read here on how Mudrex has implemented safety measures for its platform.

4. All cryptocurrencies are the same

There are over 1500 cryptocurrencies now existent. They are designed for different purposes. Some, like Bitcoin, are used simply as a currency and to make and receive payments. Others like BAT, facilitate online advertising. Monero is mainly known for its secure and private nature. Tezos is being used as fully compliant tokenized real-estate offerings to qualified investors. Ripple is designed to speed up money transfers and international transactions.

It has been over 12 years since the implementation of Bitcoin. Even then there are these myths floating around. We think it is high time they get busted and the age of digitization bring in a new era for Cryptocurrency. It is not a technology which is flawless. However, everyday new techniques come in to make it better. Bitcoin may well be replaced with something better. But we don’t see that happening anytime soon.

Get creative with your strategies and trade safe!

by Avani Gokhle
No Comments

by Team Mudrex
No Comments