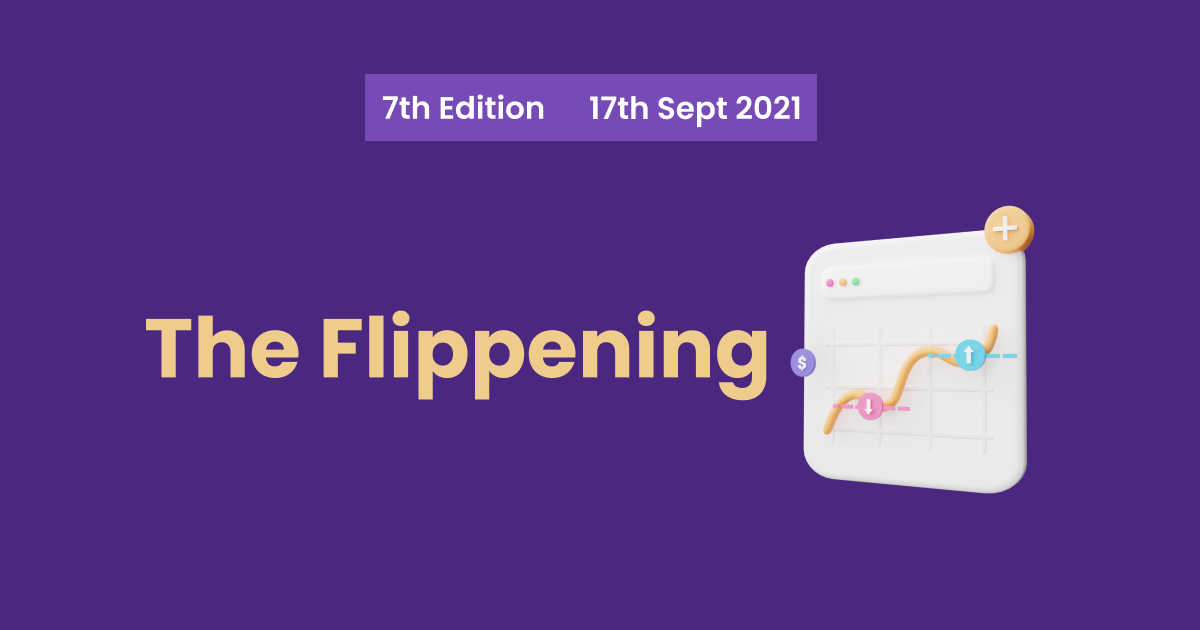 400 days ago, business intelligence firm MicroStrategy owned 0 Bitcoin. They have effectively purchased 11.88 BTC per hour / 1BTC every 5 mins over the last 400 days.

Walmart says the press release on Litecoin partnership is fake 👹

Walmart Inc released a press release stating that the retailer’s partnership with cryptocurrency Litecoin was fake. The fake statement had said that ‘Walmart would allow its customers to make payments with Litecoin at its online stores’. The price of Litecoin had shot up massively within minutes following the now-deleted tweet.

Elon Musk tweeted a picture of his pet Shiba Inu with the caption ‘Floki has arrived’ sending the prices of Floki-themed cryptocurrencies soaring. Shiba Inu almost shot up 1000%.

It was a relatively consolidated week for the top cryptos. Solana, which had a fantastic rally during the previous week, ended this week with a 24.68% decline. Initially, during the week, the Altcoins showed strength. However, most of the top 30 Altcoins ended the week with a modest decline.

This week we decided to do a study on the differences between centralized and decentralized crypto exchanges. Read it here.

HEDERA HASHGRAPH: $HBAR
Our coin of the week is HBAR. Hedera is designed to be a fairer, more efficient system that eliminates some of the limitations that older blockchain-based platforms face — such as slow performance and instability.

Divergent-ETH (Performance Score 7): The bundle watches out for Price divergences and is able to profit in varying market conditions.

SafeStepping ADA/USDT (1.5x) (Performance Score 7): The bundle is robust and designed to work under different market conditions as it consists of both long and short strategies, aiming for higher-risks higher-rewards.

Here we are, at the end of our 7th edition. We hope you liked reading it. Please write back with your feedback, comments, and stuff that you’d like us to include in the newsletter. Here’s a meme for the OG investors.