Home » NFT Gaming on the Rise: Best Gaming Tokens to Invest in

NFT Gaming on the Rise: Best Gaming Tokens to Invest in 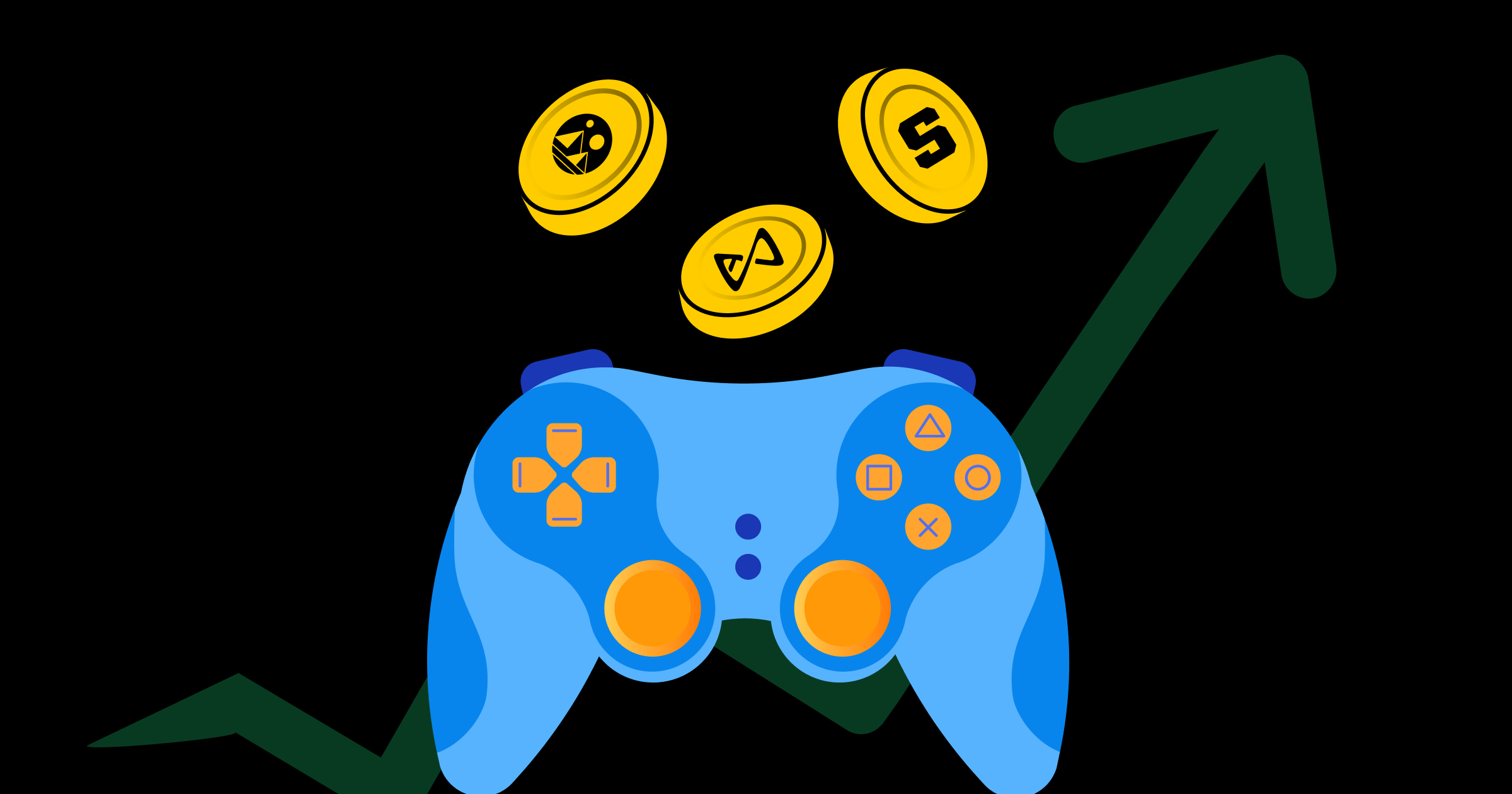 NFTs, or Non-Fungible Tokens, have been making news since the last year due to their use cases and mind-blogging selling prices. NFTs are gaining even more traction now, especially because of NFT-based games.

Yes, you heard it right- games!

NFT-based play-and-earn games have successfully driven people into the crypto sphere. When you interact with these immersive games and level up, you gain gaming tokens that you can cash out for fiat currency in exchanges. It is similar to dividends you earn from stocks.

So here we bring you five gaming tokens to invest your time and money. But before that, for those who don’t know what gaming tokens are, here you go!

Investors have the provision to explore different types of cryptocurrencies. But, one particular type is becoming popular due to its novelty and innovation – Gaming tokens.

Gaming tokens are typically used as in-game currencies to create a virtual economy around a blockchain-based game. Players can use these tokens to upgrade their character performance by purchasing in-game assets like weapons, skins, tools, etc.

Once the players complete the assigned levels or tasks within the game, they receive the tokens as rewards. This whole ecosystem is officially called the play-to-earn (P2E) model. This contrasts with the traditional business model, where players have to invest their resources (both time and money) purely for entertainment and don’t reap any monetary benefits. However, in P2E games, besides entertainment, players have the provision to monetize their gaming skills by earning gaming tokens. They can use these tokens to level up their game or monetize it by converting them to fiat currencies.

As of October ’22, the total gaming token market cap is close to 8.5 Billion USD. Many interesting gaming projects are being built currently, and it will be fascinating to observe their evolution in the future.

Top Gaming Tokens to Invest in

Both gaming tokens are associated with the project Axie Infinity. This crypto game tops our list as over $3.7 billion of assets is traded in the marketplace. Thus, making it one of the strong contenders for success. The creators modeled the game after Pokémon folklore, where each player has a unique NFT-based pet called AXIE.

Smooth Love Potion, or SLP, is the crypto coin you earn while playing. The game rewards you SLP when you just fight and defeat your opponents.

However, only the top 200 players receive AXS as a reward each season. AXS or Axis Infinity Shards is the governance token used to make critical in-game decisions. You can stake the AXS to earn new AXS. Breeding AXIE also requires AXS tokens.

Last year, AXS jumped 18063%, making it one of the best cryptocurrencies to buy.

Sandbox is one of the oldest and most renowned names in the metaverse world. This play-to-earn game allows users to buy and sell land.

You can even create your own game and publish it on your land. Sandbox uses the gaming token SAND, the primary cryptocurrency in this game.

You can use SAND to buy land, NFTs, and build structures on your land. Moreover, there are many ways to earn SAND: renting out your lands, charging entrance fees for your published games and concerts, etc.

Even staking the token can give you handsome profits. The chances for earning in this project are unlimited.

The project Illuvium is an online RPG auto battler like the World of WarCraft but on the blockchain. The gaming token associated with this game is ILV, and players can earn it in various ways.

ILV is also used to help govern the project, where users cast their votes to help shape the path of the game. The developers based the voting power on the ILV someone holds. So, holding on to more ILV gives you higher decision-making power over others.

Illuvium is one of the fastest-growing metaverse projects, with over 10X growth since its inception. The game also holds tournaments where you can earn large amounts of ILV.

Decentraland, as the name suggests, is an entirely decentralized metaverse game. The sole purpose behind its creation was for creators to showcase their NFTs, hold concerts, and build an immersive shopping experience.

You can use MANA, the gaming coin of this metaverse, to buy parcels of land, which is very limited in supply. Thus, making the flipping of land a highly profitable venture.

MANA is an ERC-20 token that you can earn by leasing your land or running an advertisement. You can also buy and sell in-game NFTs in the marketplace using MANA. It is thus among the profitable crypto game tokens you would want in your portfolio.

Aavegotchi is a decentralized NFT game built on top of the Ethereum blockchain. Each character has a pixelated ghost appearance and has multiple personalities and appearances.

These characters are the playable assets that also act as DeFi networks. Thus, we can safely say that these characters have more usage than just playing the games. That is what makes holding GHST more beneficial than any other crypto token.

Users can earn GHST, the platform’s native token, by staking it in liquidity pools while gaining real-time interest from it. You can also earn GHST by selling rare Gotchis on the exchange.

The majority of holders of GHST are also positioned to earn high-end game items. We can further use them to evolve our Gotchis into rarer ones. Obviously, the rarer the Gotchis, the more price it fetches.

Along with that, play-and-earn games will be at the helm of this wave. These games will help new users understand the metaverse and the world of cryptocurrency while earning money from it.

We have highlighted the five best cryptocurrencies for you to invest in. But there is a vast library of games available, which you can check out later.

1. What are NFT gaming tokens?

NFTs can have different applications in the gaming industry, like creating unique avatars and characters to establish your identity in the metaverse and exchange of in-game assets. In-game assets can be traded in the gaming community when minted as NFT.

NFT game tokens can be earned through the play-to-earn model of many games. Or many NFT game tokens are also listed on many crypto platforms for you to buy. They can also be invested in through Mudrex NFT Coin Sets.

4. What NFT game pays the most?

Splinterlands is the most profitable game right now, but there are other games that are gaining a lot of popularity these days. Games like Metawars, Axie Infinity, Battle of Guardians, and 3D Sandbox are also some of the NFT games that pay well.