Home » What is an ICO in Crypto? Definition, Meaning & Example

What is an ICO in Crypto? Definition, Meaning & Example 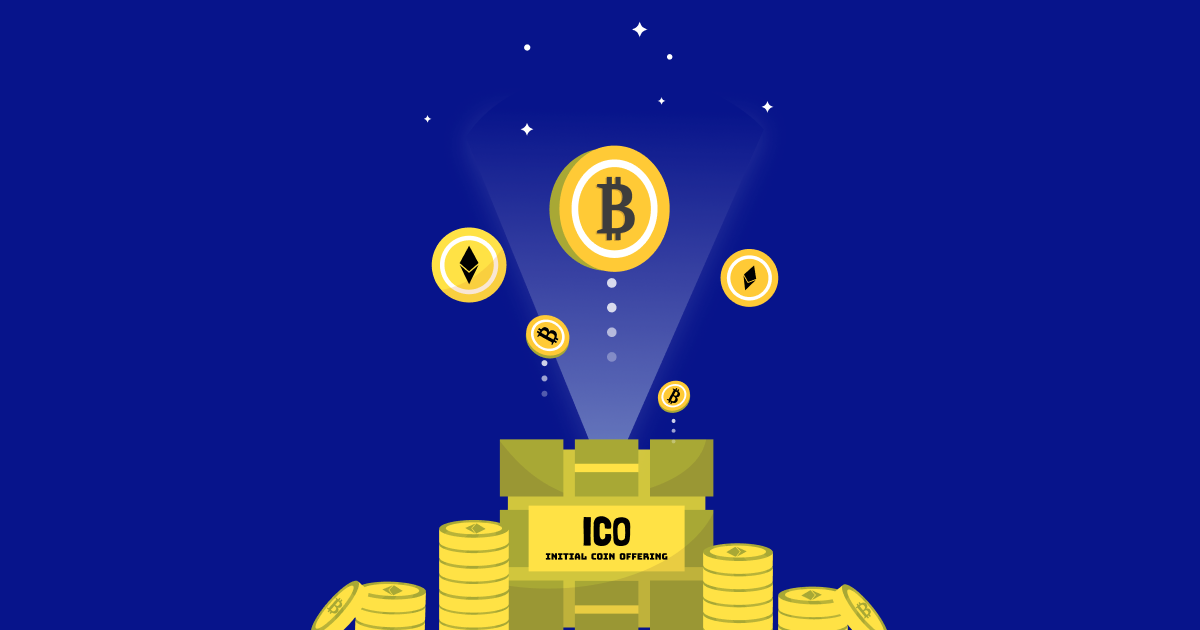 In recent years, the popularity of cryptocurrencies has increased by leaps and bounds.

If you have been following this space, you may already know that, unlike other financial assets, there are limited ways to invest in cryptos. Of which, one of the most popular ways is to participate in the Initial Coin Offering (ICO). ICOs are similar to IPOs in the stock market and offer similar opportunities.

If you don’t know, what is an ICO, and how does it work? Well, consider this article your guide to understanding them.

What Is an ICO in Cryptocurrency?

You may have heard about Initial Public Offering aka IPO, for a new stock issue. It is a traditional way to list a company on the stock exchange and take it public in order to raise capital. ICOs are very similar in nature to IPOs. The only difference is that ICOs are investments in digital assets instead of stocks. The sole purpose of issuing an initial coin offering is also to raise capital.

The purpose of fundraising can vary from gaining capital for funding a new project to launching a new blockchain-based application. The typical process of acquiring funds for these business activities includes debt financing or approaching an angel investor or a venture capitalist. However, these methods often involve giving up the equity portion of the company. In addition, the liability of paying back the debt stays. As a result, a preferable solution is to launch an ICO.

What is an ICO? Typically a start-up or an established company creates its own cryptocurrency and offers them to the public or investors in exchange for other cryptos or fiat currency. It opens the door to fundraising without giving up the equity portion of the business and builds a community that roots for the business or project to succeed. Investors, unlike in an IPO, do not get ownership rights in the business. However, they benefit when the value of their crypto token increases with the progress of the company.

Interesting note: while we are on what is an ICO, do you know that the first ICO was launched in 2013? J.R. Willet, a software engineer, issued a white paper, “The Second Bitcoin White Paper,” for a coin then known as MasterCoin. The ICO raised USD 6,00,000; the coin was later renamed Omni Layer.

How Do ICOs Work?

Now that you know what an ICO is, let’s understand how it works.

ICO is basically a crowdfunding method for various cryptocurrency projects. It works similar to that of a new share issue. Once a crypto business decides to go public through a coin offering, just like an IPO, it sets a date and rules associated with the offering. On the issue date, digital coins are offered to investors at a set price.

Investors pay for the coins in other cryptos, including Ethereum and Bitcoin, or fiat money. The cryptos or the fiat money exchanged is transferred to the crypto wallet of the coin offering company. While the newly issued coins are sent to the investors’ wallets.

The price for digital coins and the number of coins to be issued can be set using different methods, including the following.

While ICOs have the upside potential, they also inherit risks. Thus, it is crucial that before investing, you should thoroughly read its white paper. We can compare the white paper to pitch books for IPOs.

Generally, a white paper is released with the launch of an ICO. It describes the vision, mission, and roadmap of the company or project. Whitepaper also details out information on the founders of a crypto project. All this information is important for you to know before investing in an ICO.

What Are the Different Types of ICOs?

There are two types of Initial Coin Offerings. i) Private ICOs and ii) Public ICOs.

This ICO is open to participation only for a closed group of investors. Typically these investors are seasoned high-net-worth individuals or big financial institutions. The ICO launching company can set a minimum amount cap for entering the investment deals.

Being a crowdfunding method, it is much similar to IPOs. The targeted investors in this type of ICO are the general public. Public ICOs are open for anyone to participate and invest in.  However, compared to private ICOs, public ICOs are less preferred.

What Are the Advantages and Disadvantages of ICOs?

Investing in the right ICO can help you gain lucrative returns.

What are the advantages of ICOs?

What are the disadvantages of ICOs?

How Do I Know Which ICOs Are Good?

Prevention is always better than cure; if you want to invest in ICOs, having meticulous due diligence is the prerequisite. You can follow the steps below to know whether an ICO might be a viable investment.

Apart from these steps, always try to keep yourself updated with the latest news and technology. Educating yourself on the newer updates will take you a long way.

Where Can I Get an Initial Coin Offering?

To participate in an Initial Coin Offering, the prerequisite is to have a cryptocurrency wallet. For that, you can sign up with a crypto platform to open a wallet account and trade crypto. Once you have an active account, you can do your research and find companies or start-ups offering ICOs. Apply for their ICO and get the coins transferred to your crypto wallet.

Even if you miss participating in your preferred ICO, you can always buy those tokens later using Mudrex. To help you in your investment journey, we offer you Coin Sets, which are crypto indices based on various themes.

Is an ICO legal?

ICOs are legal and permitted by the government. However, they lack concrete regulations and thus could be risky in nature.

Are crypto ICOs a good investment?

Investing is subjective to the knowledge and skills of investors. There have been many instances where ICOs have led to unbelievable returns. However, to be able to achieve that, it is crucial that investors do their homework and perform due diligence.

What is an example of an ICO?

How do i get an ICO?