Home » What Is ApeCoin? The Ultimate Guide for Beginners

What Is ApeCoin? The Ultimate Guide for Beginners 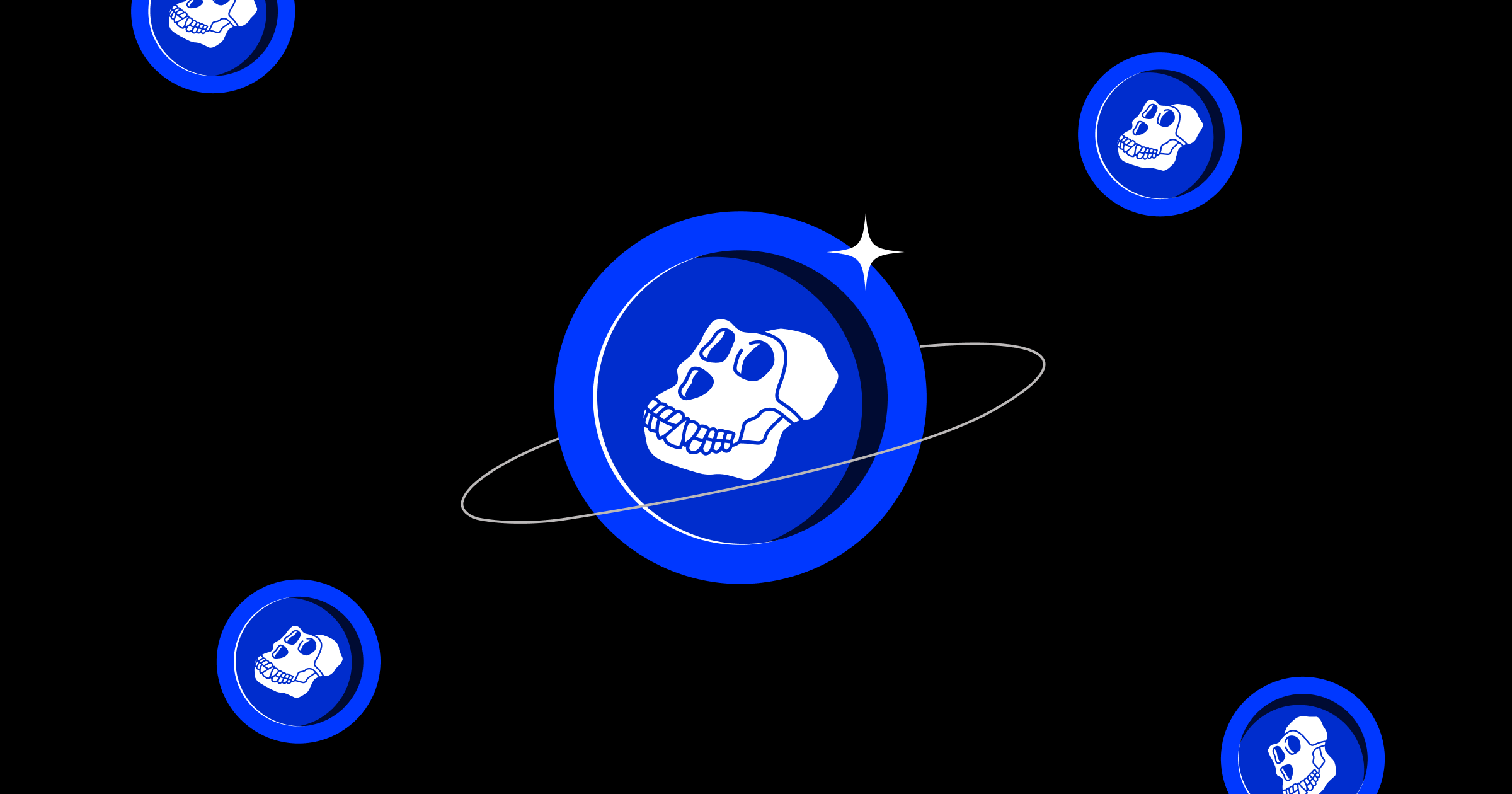 You must’ve heard of the Bored Ape Yacht Club (BAYC), the insanely popular NFT collection. And you definitely must’ve seen at least one of those bored ape NFTs. They’re all over the place, so it’s harder to miss one than to find it. A token originated from this collection, called ApeCoin (APE).

The creator of this collection, Yuga Labs, now uses ApeCoin as the primary token in all its projects. These include other NFT series like Mutant Ape Yacht Club (MAYC) and Bored Ape Kennel Club (BAKC). Long story short, an APE ecosystem exists, and ApeCoin is the primary token in this ecosystem. What functions does this token serve? We’ll get into that and more, starting with what ApeCoin is.

ApeCoin (APE) is an Ethereum-based governance and utility token, and ApeCoin DAO administers it. ApeCoin DAO is a decentralized autonomous organization that makes decisions on actions the community must take regarding the APE ecosystem. Anyone who buys APE is eligible to be a member of the ApeCoin DAO.

APE has a total supply of 1 billion tokens, and there are currently about 310 million in circulation.

How Does ApeCoin Work?

APE was designed to be used within the APE ecosystem. It serves as a governance and utility token. APE holders get to have their say in decisions like the allocation of ecosystem funds, project and partnership selections, etc. Once the holders cast their vote, the APE foundation executes the will of the majority.

The APE foundation acts as the facilitator for the community’s decisions. It makes sure the development of the APE ecosystem takes place in a fair and inclusive manner.

What Is ApeCoin Used for?

APE is primarily a governance and utility token. Holders of the token get to make their opinions heard in decisions concerning the ecosystem. And they also get members-only features that include access to games and events, among other things.

ApeCoin also acts as a tool for third-party developers who’d like to participate in the APE ecosystem. They can incentivize users by integrating the token into their games and services as rewards. For example, players of the play-to-earn game “Benji Bananas” can get a membership pass that allows them to earn in-game rewards that they can exchange for APE.

APE is also integrated into Otherside, a self-described “gamified metaverse.” If Otherside incorporates a play-to-earn mechanic at some point in the future, participants expect APE to be the incentive.

The APE ecosystem comprises the holders of the token and all the products and services that use the cryptocurrency for any purpose. Let’s take a look at the projects that are part of the APE ecosystem.

The Bored Ape Yacht Club (BAYC) launched in April 2021. It features 10,000 apes that exist on the Ethereum blockchain, each ape with its own unique look, style, and rarity.

This one launched in June 2021, and members of the BAYC got immediate access to it. It is a collection of dog NFTs, and holders of Bored Ape NFTs could “adopt” one. This meant that all they had to pay for was the gas. Like the Bored Ape collection, NFTs in the BAKC collection have their unique features and rarities.

This is a collection of 20,000 mutant versions of the Bored Apes. For this project, the creators airdropped 10,000 “mutant serums” to BAYC holders. The recipients could use these serums to generate a mutated version of their Bored Ape NFT. There were three tiers of serums, each tier tied to rarity. One Bored Ape could generate one Mutant Ape for each serum, after which the serum would disappear.

The MAYC collection also intended to welcome more members into the community. The creators did this by releasing 10,000 Mutant Apes for public sale after the serum airdrop.

This is a metaverse project that Yuga Labs launched. In April 2022, they began minting virtual land in this project. The virtual real estate raised $320 million dollars within an hour.

ApeCoin has a maximum supply capped at 1 billion tokens. There can be no more, and neither can there be any less because there is no burning mechanism. Burning is the process that takes crypto out of circulation, reducing supply and consequently increasing demand. Yuga Labs decided to distribute the 1 billion tokens in the following way:

ApeCoin follows a locked token protocol to prevent the founders and other launch contributors from selling their tokens. For these members, the tokens are locked completely for 12 months, after which they receive a specified number of tokens every month.

Is it a Good Idea to Buy ApeCoin?

The community behind the launch of ApeCoin has given investors faith in the asset. Right from launch, it has attracted scores of investors. Art enthusiasts, gamers, and entertainment buffs are very likely to use the token. Metaverse land sales seem to be doing wonders for the token as well.

There are reasons to invest in APE apart from the community. APE’s usage as a payment option, the NFT rewards, and the exclusive features offered to holders are solid reasons to consider buying the token.

All things said, APE is intrinsically connected to NFTs, and with NFTs comes volatility. So do your own research before investing in the token. If you are looking to add crypto to your portfolio, we’d suggest taking a look at Mudrex’s Coin Sets. These are baskets of crypto tokens based on themes, curated by experts.

ApeCoin’s creators were smart with the kind of fundamentals they designed the token with. The incentives that come with the token are good enough to pique the interest of any investor. And the utility of integrating the coin into third-party projects to incentivize participation is a win-win situation.

APE’s use cases are varied, ranging from payments to virtual real estate. As the APE ecosystem grows, so will the token’s value.

1. Can ApeCoin be mined?

You cannot mine ApeCoin. The token’s supply is capped at 1 billion, and all of it has been allocated to various entities, with the community receiving the largest share. The only way to get your hands on ApeCoin is to be a part of the APE ecosystem and earn it as a reward or simply buy it.

2. What blockchain is ApeCoin built on?

ApeCoin is an ERC-20 token that is built on the Ethereum network. ApeCoin (APE) is a governance and utility token that offers holders certain incentives like being able to vote in the decision-making process in the APE ecosystem. Other perks include access to exclusive features and games.

3. When was ApeCoin introduced?