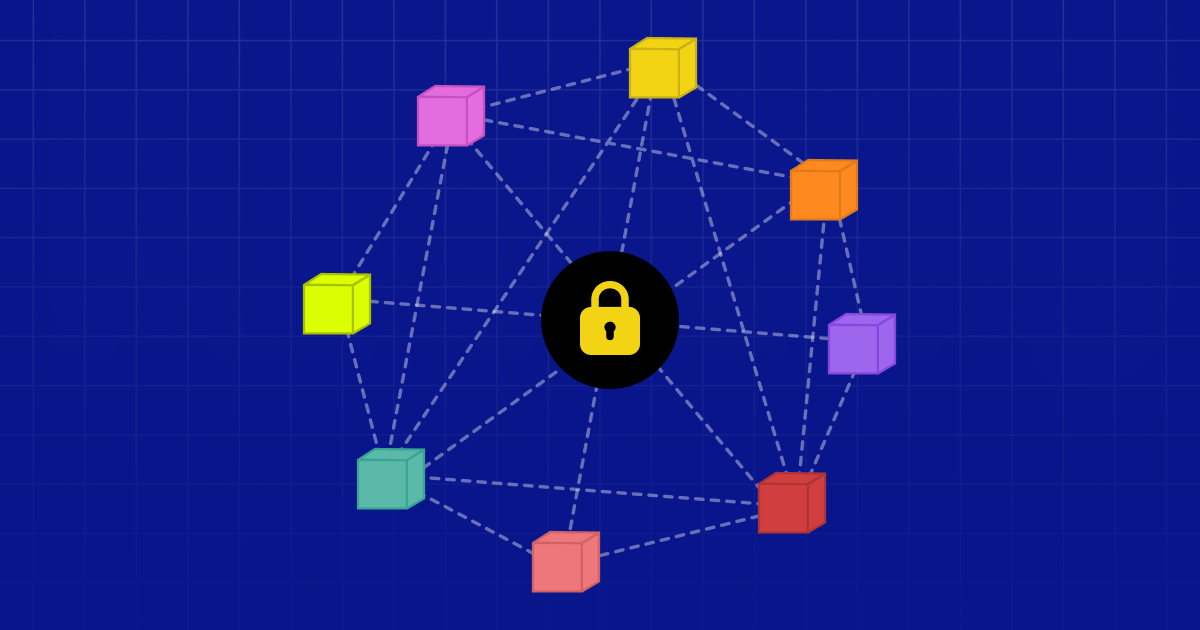 The world is full of paradoxes, and permissioned blockchains are definitely one of them. Blockchain was initially conceptualized to promote ‘decentralization.’ It was originally designed to be a public network accessible to all. But, with time, an alternative version called permissioned blockchain was introduced by reducing the level of decentralization. It is not open to the public and is governed by select groups. This contradicts the initial goal of blockchain technology.

Nevertheless, we can’t completely negate the benefits of a permissioned blockchain, and in this blog, we will discuss just that. But before that, let’s take a step back and look at what is a blockchain anyway?

What Is a Blockchain?

One of the major tech stories in the past decade has been ‘Blockchain.’ It is compared to the internet of the 90s.

The reason why Blockchain gained popularity is its ability to securely share information. Data is generally stored in a database, and the transactions made to the database are captured in an accounting book called the ‘ledger.’

But what if multiple people need to make edits in a secure manner? This is where blockchain comes into the picture. It is a distributed immutable ledger. The right to update the ledger is distributed among the network participants or nodes, enabling transparent data recording.

Also, the transactions are made secure and permanent by adding cryptographic keys. Thus, it would be difficult for bad actors to indulge in malicious activities, like double-spending, without getting caught.

Though this article is regarding the permissioned blockchain, it’s essential to know about other types to fully understand the technology.

Broadly, there are four types of blockchain networks: permissionless, permissioned, hybrid, and consortium.

Let’s look into each of these categories.

Permissionless blockchains (like Bitcoin) are open-source protocols that users can easily access and make necessary changes to. These networks follow the principles of decentralization, as there is no central authority that fully owns this network. It is also known as a trustless or public blockchain.

The network transactions are fully transparent to all the nodes, as they hold a copy of the ledger.

Typically, permissionless blockchains have a significant number of users as it is open to the public. Hence, there is greater data distribution among the users, making it difficult to hack. Tokens and digital assets are used to incentivize the nodes to keep the network safe and secure.

Permissioned blockchain (like Quorum) is a type of distributed ledger that is not publicly accessible. It is also known as the private blockchain.

It is a closed network with only a select few having access to join and validate the network transactions. The presence of less number of nodes leads to centralization. Also, the network nodes can have different access levels based on the type of tasks they have to do.

This network is specifically developed and favored by private companies as it enables them to handle data efficiently without sharing it with the public.

Hybrid blockchain mixes the best of both worlds. It allows nodes to choose who has access to specific blockchain data and what is made public.

There is flexibility in deciding who needs access and which transactions must be made public. As information can be hidden, it isn’t completely transparent. Users are less incentivized to participate and contribute due to its closed nature.

A consortium blockchain is another form of permissioned blockchain similar to a hybrid one, which utilizes both private and public blockchain features.

However, it is governed by a group of organizations instead of a single entity to provide more decentralization and security. However, setting up a consortium blockchain is difficult due to logistical challenges. It needs cooperation from multiple organizations to be on the same page, and it poses potential anti-trust risks.

As the organizations govern the access and data in the network, they can decide what information needs to be made public. It results in enhanced privacy.

But, if a member organization is compromised or hacked, it can result in the entire network becoming inoperable.

Permissioned blockchains need special permissions to read, access, and write information. It may also include maintaining the identity of each blockchain participant on the network.

Below are some of the critical features of permissioned blockchain.

The first key feature of private blockchains is that they offer transparency based on the organization’s objectives. It makes it more evident who has made the changes and who has permitted them.

A permissioned blockchain is an excellent tool for private entities or companies. It allows them to handle data securely and provides an additional security level.

Lack of anonymity is another feature of permissioned blockchains, as private entities typically request the nodes to establish their identity.

Permissioned blockchains allow a private group to authorize decisions rather than opening them to the public.

Some well-known examples of permissioned blockchains are listed below.

When to Use a Permissioned Blockchain?

Below are the parameters that can help you understand when to use a permissioned blockchain instead of a public network.

Permissioned networks are advisable when data privacy is required.

A permissionless blockchain is the right choice if incentives (like tokens or digital rewards) have to be offered to the nodes.

A private blockchain is suitable when different user configurations are needed for decision-making, setting permissions, allowing access, and more.

Power usage in blockchains depends on the type of consensus mechanism they use. For instance, major public networks use a proof-of-work algorithm to maintain decentralization. But private networks use energy-efficient algorithms, keeping energy consumption to a minimum.

Pros and Cons of Permissioned Blockchain

Any technology has both benefits and limitations, and permissioned blockchain is no exception. Let’s begin with the pros.

Due to a smaller number of users, nodes can quickly verify the transactions, increasing network performance and scalability.

The network configurations can be easily customized according to user needs. Also, the size or the number of users can be tailored to fit the requirements of the private entity owning it.

Now, let’s dig into the not-so-good part of permissioned blockchain.

Since it is centralized with an authority overseeing the access, there are chances of manipulation.

The closed nature of the network results in limited data transparency to the public and people who do not have the necessary access levels.

We can’t say that one approach is better than the other, as it depends on the use case. Permissioned blockchains is more useful for private organizations to manage their data and operations. In contrast, permissionless is created for individuals to join and contribute.

Everything need not always be decentralized as reaching a consensus among the participants would be time-consuming, hampering efficiency. On the other hand, too much centralization leads to misuse of power.

1. Is Ethereum a permissioned blockchain?

The Ethereum network is a permissionless blockchain. It is a decentralized, open-source protocol with smart contract functionality. But, Ethereum can be developed into a permissioned blockchain for use in environments that require it.

2. How secure is a permissioned blockchain?

A permissioned blockchain is an excellent tool for private entities or companies, allowing them to handle data securely. It provides an additional security level as it controls who has access to it and who has permission to make the changes.