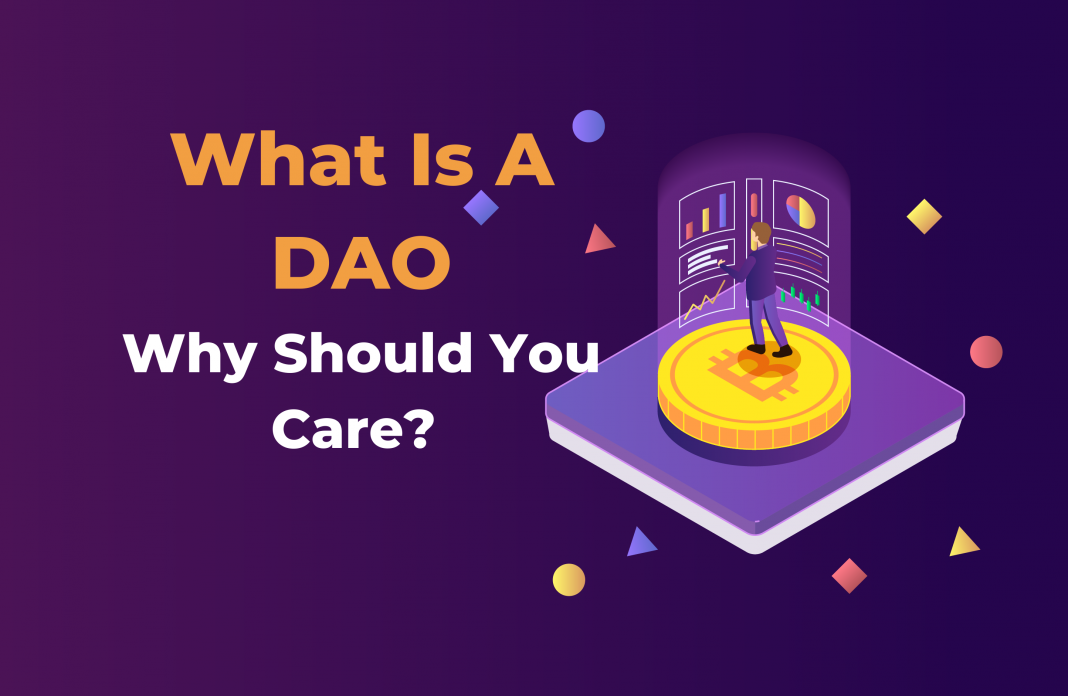 Digital currencies are on the rise, and one of the key advantages they offer is that they are decentralized. Therefore, they are not controlled by a single person but are divided among various devices. Keeping this in mind, in 2016, a group of developers decided to apply the same logic to create a decentralized autonomous organization or DAO.

In simpler terms, a DAO is a software that aims to automate a company’s activities by encoding some computer codes, known as a smart contract. It acts as a VC fund and works without a board of directors or the traditional hierarchy.

Why Choose A DAO?

Generally, in a company, people in high positions are primarily in charge of most decisions. This gives power to a specific group of people, which might not benefit everyone. DAO steps in here to resolve this issue.

DAO automates everything in an organization with the help of the codes encoded by the developers. No single entity is in charge of making decisions for the company.

To take an example, let us assume, in a company, we assign Tom to hire the right people, allot them work, and distribute the salary. But, in DAO, we are not dependent on any person. Instead, we put some codes that autonomously perform these activities.
In the future, if there is a need for any improvements, the shareholders of the DAO token will have the right to vote on the company’s decision. Also, in DAO, all the codes are transparent. Therefore, anyone can see and analyze them to give suggestions.

The History Of DAO

The very first decentralized autonomous organization, named The DAO, was launched on 30th April 2016. It was built on Ethereum’s blockchain technology. It gained a lot of popularity quickly and collected $150 million in funding, making it the biggest crowdfunding ever.
But, it did not last very long due to users exploiting a vulnerability in the code, leading to lost funds. Because of the transparency, hackers could decode the logic, which made attacking easy for them. They drained around $50 million of Ethereum from the DAO, making it defunct soon after.

Advantages And Disadvantages Of DAOs

While DAOs are gaining traction, they pose certain advantages and disadvantages for the users, which are given below.

Fully-Automated: In DAO, there is no need for any person to perform an activity. The codes encoded accomplish the tasks, making an organization completely self-sustainable.

Fully Decentralized: There is no hierarchical authority controlling the organization. This feature makes it very easy and trustworthy for people who want to work with like-minded people in a decentralized manner.

Fully Transparent: The codes of an organization are transparent, which makes it easy for anyone to look into the mechanism that is running it.

A DAO has two main issues:

The transparency of the codes in DAO tokens may benefit in one way, but it can also create problems. For example, if hackers know what codes have been encoded, they can quickly attack and drain the assets.

Another major disadvantage is that it is difficult to hold anyone accountable. If something goes wrong in the DAO, we cannot blame anyone as there is no CEO, manager, or leader.

Here are the top 4 DAO cryptocurrencies and tokens listed as per their Market Cap:

Uniswap: Uniswap has a market cap of $11.52 billion. It is a decentralized finance system built with the primary purpose of exchanging cryptocurrencies.

Aave: Aave has a market cap of $3.57 billion. It is a DAO token that allows users to lend and borrow cryptocurrency in a decentralized manner.

Curve DAO Token: Curve DAO Token has a market cap of $2.57 billion. Its main aim is to provide the service of exchanging assets with the same value. This function is highly beneficial for a DeFi ecosystem.

Maker: Maker has a market cap of $2.50 billion. Its primary purpose is to generate Dai, another Ethereum token.

Final Takeaway: Is A DAO safe?

Despite the challenges, DAOs offer several beneficial methods and features to enhance a company’s efficacy and productivity by decentralization.

The attacks signify there is a problem in the coding, not with Ethereum technology. The developer should write the codes properly and conduct a review before going live. This approach can be extremely helpful in avoiding huge attacks.

What is Crypto Basket & How does it Work?

Why Is Crypto So Volatile? Factors & Reasons