Home » What Is Shiba Inu Coin? A Detailed Overview

What Is Shiba Inu Coin? A Detailed Overview 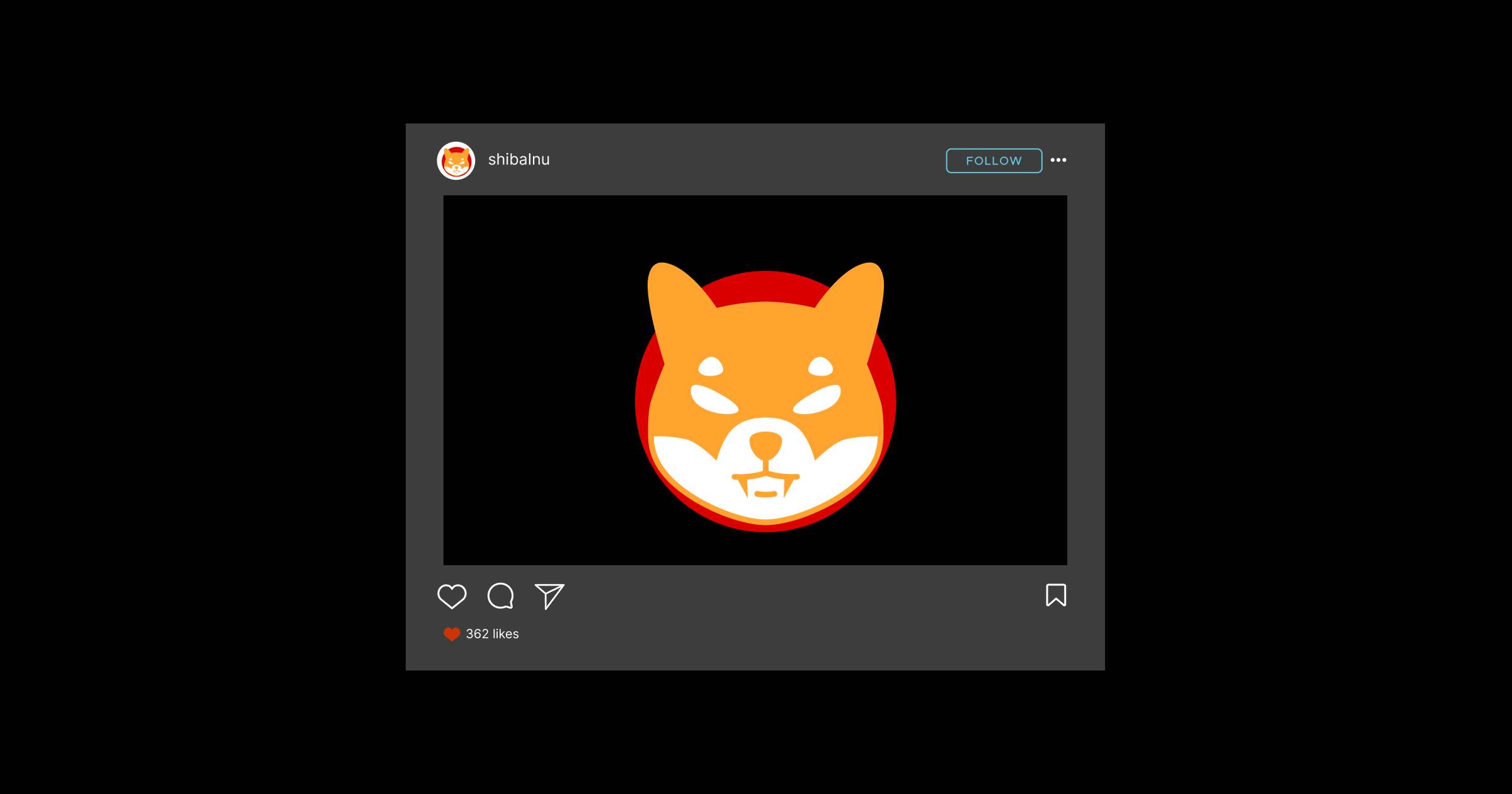 In the past, we have seen a surge of technologies like AI, ML, Quantum Computing, etc. But none of them exploded the way blockchain and cryptos have. And part of the reason behind this is the ability to have fun while you are learning. And what’s more fun than speculating on dog coins while you are at it? As we write this, Shiba Inu has had a $150M+ trading volume in the last 24 hours. This is no joke by any stretch of the imagination. But what is the Shiba Inu coin? And why is it the 15th largest cryptocurrency by market cap in God’s name? Well, that’s exactly what we are going to figure out today.

Don’t worry. We’ll also try to determine the difference between Shiba Inu and its counterpart, Dogecoin. Hopefully, towards the end, you can figure out whether it’s worth the investment.

P.S. On a side note, if you are looking to invest in cryptocurrencies, Coin Sets might be a good place to start.

What Is Shiba Inu Coin?

Shiba Inu is an altcoin (every other coin besides Bitcoin) that resides on the Ethereum blockchain. Its ticker symbol is $SHIB. Since its launch, Shiba Inu has made a lot of noise because it features a Japanese hunter dog Shiba Inu as its mascot. It is peculiar because, in the past, two techies, Jackson Palmer and Billy Markus, created a similar-looking token that features the Shiba Inu in its meme avatar called Dogecoin.

While $DOGE was created as a joke, it took off when some key celebrities like Elon Musk started talking about it. Soon, it reached the level of $0.60. This is the time (August 2020) when the anonymous founder of Shiba Inu, Ryoshi, launched this token. Since then, it has had its bouts of roaring returns and grander falls.

Now Shiba Inu is supposed to be a meme coin, something that exists solely for speculation. Well, they named their whitepaper (a document containing information about the project) “woof paper.”

As per the woof paper, Shiba Inu is an experiment to find out what happens if the project is only run by its community.

But Shiba Inu has a rather diverse ecosystem compared to a meme coin. Let’s talk about it now.

The ecosystem has a total of three tokens:

It is the majestic meme coin, the protagonist of today’s story. It has a supply of 1 quadrillion. Yup! That’s 1 followed by 15 zeros. The project’s founder supplied 50% of it to Uniswap (a decentralized exchange) to add liquidity and sent the remaining 50% to Vitalik Buterin, the founder of Ethereum.

Vitalik burnt about 40% of the tokens’ total supply, i.e., sent it to a dead wallet. And he also donated 50 trillion of it to the Covid relief fund in India. Talk about crypto for good!

With a total supply of 107,746 tokens, the Leash represents the other side of Shiba Inu. While Shiba Inu is available in millions, it would be worthwhile to find out the price impact on a token so short in supply.

Do you see where we are going with this terminology? Nonetheless, Bone has a total supply of 250,000,000. It is supposed to act as a governance token. It means that holders of this token can vote on proposals regarding the future development of the Shiba ecosystem.

Apart from that, the Shiba ecosystem also has ShibaSwap, which is supposedly a decentralized exchange, a Shiba Incubator which aims to discover ways to honor newer art forms.

And finally, it has Shiboshis. A bunch of 10,000 NFTs to celebrate the unique traits of each Shiboshi.

How Does Shiba Inu Coin Work?

Like every other cryptocurrency, Shiba Inu runs on a decentralized network of nodes. Allow me to explain. For first-timers, you might think that a token is just like your loyalty points for buying coffee, etc. But there’s a fundamental difference. The points generated by these centralized authorities are totally under their control. They could add, delete or replace the points with anything they deem fit.

However, with blockchain, that is not the case. There is no central authority managing Shiba Inu. Instead, it is run on Ethereum Blockchain by various individuals called nodes. It means any changes to the Shiba Inu would require buy-in from at least 51% of the nodes.

Moreover, Shiba Inu is secure and safe as it leverages the capabilities of the Ethereum network.

Ah. I see that you are a man of culture. The epic dog war is not new to the crypto realm. Ever since Shiba Inu was born, it was touted as the “Doge Killer.” This is because it instantly caught hype due to the recent success of Dogecoin at that time.

But while the overall theme and logo of these two coins look the same, that is it. It’s time to dig deeper into the differences between Shiba Inu and Dogecoin. LFG.

Oh, you are still here. Now that we have understood the basics of Shiba Inu and its competitors, let us try to guess what the future holds for this doggie. First of all, Shiba Inu is essentially a meme coin. It means its primary purpose is to be an instrument of speculation amongst community members.

So, despite being priced at a fraction of a penny, the trading volume for it has also exceeded $5B on some good days.

This means interest in Shiba Inu is likely to stay. The likes of Shiba Inu are important for onboarding masses to the crypto space. Although it may not be the most fundamentally sound coin to invest in, a lot of people enter the market to speculate on this token in a bid to hit the riches. However, soon enough, reality hits them, and they stay back to explore the sound of money.

With that being said, Dogecoin now has Elon Musk and Vitalik Buterin on its board. This makes it a strong contender for the future of money. With Elon Musk working towards making Dogecoin mainstream, it will likely beat Shiba Inu.

But that does not mean Shiba lovers would sit back. Last time, when Elon Musk showcased his Shiba Inu pet on Twitter, the price of SHIB pumped by 300%.

On that note, while we are talking about the future, a mindset often fed to the normies is if SHIB hits $1, you’d be an instant millionaire.

While that is true in theory, that will never happen in real life. With a circulating supply of 550 trillion, if SHIB hits $1, its market cap would be 550 times the market cap of the entire crypto market right now. Do you think that’s possible? At that point, it would surpass the GDP of all nations, including China and the USA combined.

Is Shiba Inu a Worthwhile Investment?

If you look at the historical data, $SHIB has given gargantuan returns to its early adopters. But then, it is purely about timing the market and taking a speculative bet. Tokens like $SHIB work well in the bull markets but crash and burn when the bears take over. In the current market scenario, it is advisable to stick to blue-chip cryptocurrencies for long-term returns. Shiba Inu is much closer to its 1-year low today. It means that the hype has somewhat settled down, and everyone who had to make money or burn their hands has done it already.

But, the next time Bitcoin price starts pumping during the halving event, there will be a renewed interest in the market, and of course, it will start its journey from the likes of $SHIB.

It mainly happens due to the user’s perception of price. While you can buy any amount of crypto, it feels worthwhile to invest in an asset that costs a fraction of pennies compared to something worth thousands of dollars.

If I were you, I could have taken a few positions in the meme tokens to try my luck out in the short term. However, the only way to generate wealth is to stick to the blue-chip cryptos in the long term.

I have a suggestion if you think it is not your cup of tea to learn and invest in cryptocurrency in the long run. Instead of nitpicking the individual crypto, try investing in sectors and themes instead. You can do so with a product called Coin Sets. It allows you to invest in well-diversified baskets of crypto that strive to capture the market’s momentum.

Cryptocurrencies are inherently risky compared to other assets due to their naivety and age. Shiba Inu lies on cryptocurrency’s tail-end spectrum, making it even riskier. It is because there is no specific use case for Shiba Inu. All it does is allow people to speculate on it for price.

2. Why did Shiba Inu get the nickname “Dogecoin Killer”?

Shiba Inu rose to the surface in August 2020. It is right after Dogecoin displayed a jump of epic proportions after Elon Musk started talking about it. Unlike Dogecoin, which started as a joke, Shiba Inu came into the market with the agenda of becoming a community-driven token. Therefore, it always had that vibe of seriousness to beat all other meme coins. Thus, many community members (SHIB army) started calling it a Dogecoin Killer.

3. Will the price of SHIB Coins go up?

Yes, SHIB can pump in the future. Maybe, more than it did last time. This is mainly because of its low price. Usually, the new entrants in the crypto market take a bet on meme coins to generate wealth quickly. During these periods of heightened interest, like SHIB will go up.